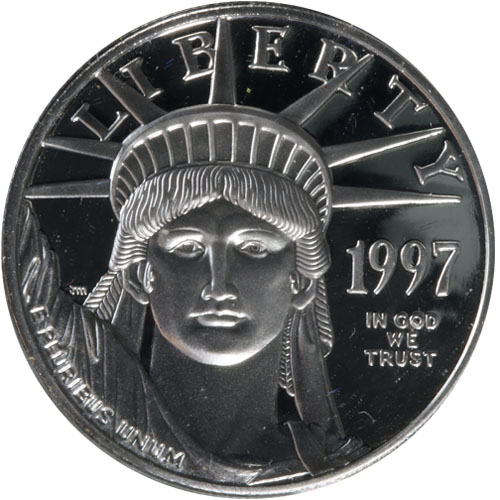 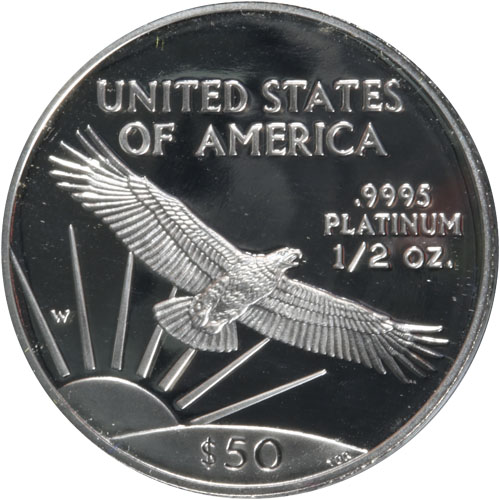 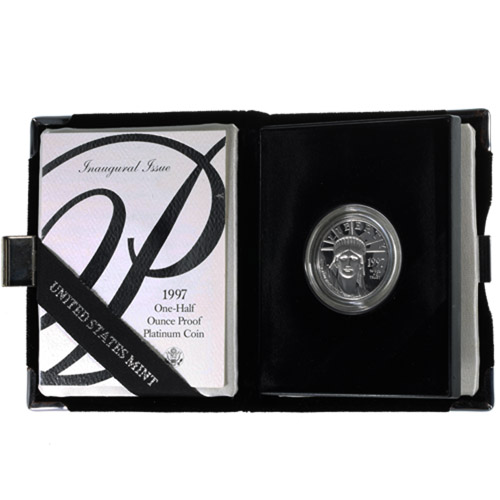 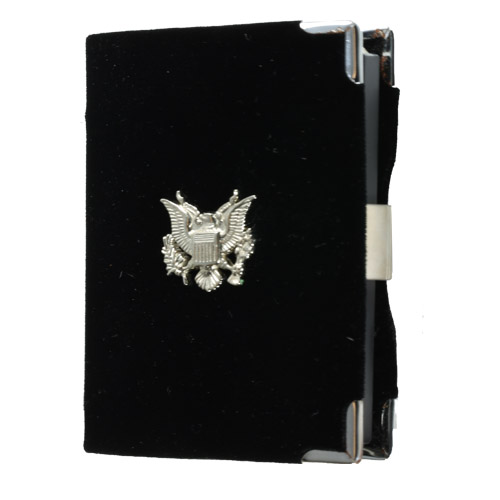 The Proof American Platinum Eagle is the only major bullion coin series offered annually by the US Mint with new designs on either the obverse or reverse. From 1997 to 2017, the US Mint featured a new reverse design of the American bald eagle on the reverse of the coins. For the first 12 issues of the series, fractional-ounce platinum coins were available in the series. Now, 1/2 oz Proof American Platinum Eagle coins are available to you for purchase online from JM Bullion.

Proof American Platinum Eagles debuted in 1997 with 1 oz, 1/2 oz, 1/4 oz, and 1/10 oz coins available. From 1997 to 2008, the US Mint issued the Platinum Eagles in these four weights. In 2009, the coins were suspended in the three fractional-ounce coins and those options never returned, even though the 1 oz coin continued through to the modern era.

On the obverse side of the 1/2 oz Proof American Platinum Eagle Coin is a depiction of the Statue of Liberty. This design from John Mercanti focuses on her face as she gazes out over the Atlantic Ocean keeping a watchful eye out toward the world.

The reverse face of 1/2 oz Proof American Platinum Eagle Coins comes with varying depictions of the American bald eagle. The 1997 release of the coin featured the same design as the bullion coin with an American bald eagle flying over the nation. This was the only time, other than 2017 when the bullion and proof coins had the same reverse design. Other designs include the varying images of the eagle over different regions of the United States in the Vistas of Liberty Series produced from 1998 to 2002.

These 1/2 oz Proof American Platinum Eagle Coins are available to you with the original US Mint presentation box and a Certificate of Authenticity. Date marks in this series are random and chosen by JM Bullion once your payment is processed. We cannot guarantee a specific date and design. If you buy more than one, please keep in mind you may get matching dates and designs.

Please contact JM Bullion with any questions. We are available on the phone at 800-276-6508, on the web through our live chat, and via our email address.