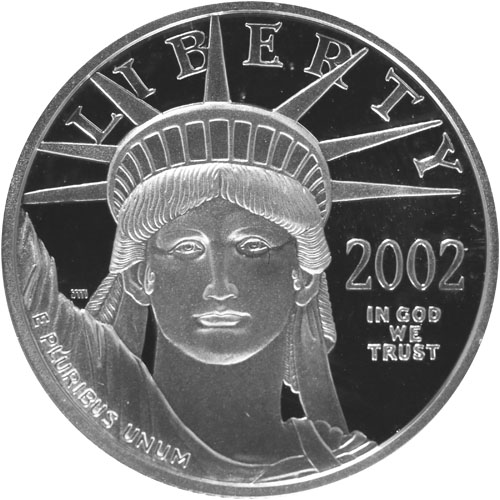 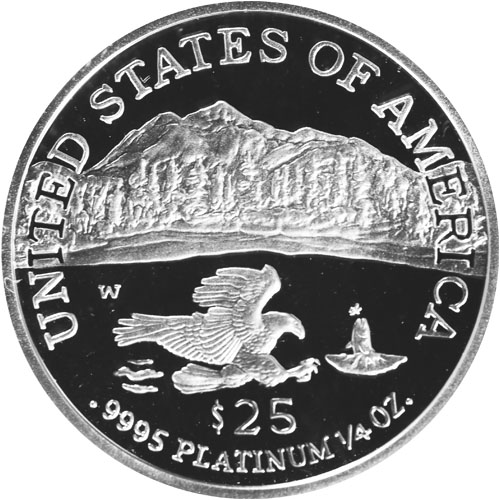 The Proof American Platinum Eagle Coin from the United States Mint is the only version of the American Eagle coin to feature new design elements on one side each year. In the history of the series, the 1997-2017 coins featured new reverse designs each year, while it has been the obverse that is refreshed each year as of 2018. Though no longer available as of 2009, fractional-ounce coins were once offered in this series. Now, 1/4 oz Proof American Platinum Eagle Coins are available to you for purchase online from JM Bullion.

This continued through 2008 in both the Brilliant Uncirculated and proof collections. All fractional-ounce coins were suspended in 2009 and have not been issued since. Only 1 oz versions of the Platinum Eagle are still struck each year.

On the obverse of 1/4 oz Proof American Platinum Eagle Coins is a depiction of the Statue of Liberty. This design comes from John Mercanti of the United States Mint and was created exclusively for this series in 1997. It features a close-up visual on the Statue’s face with her stoic gaze and towering crown.

The reverse side of the 1/4 oz Proof Platinum Eagle features varying designs. In the 1/4 oz weight, the designs are limited to varying images of either the American bald eagle or symbols of American government. The most prominent design collection during this era was the Vistas of Liberty series that offered new depictions of the bald eagle flying over different parts of the country with each release from 1998 to 2002.

These 1/4 oz Proof American Platinum Eagle Coins are available to you with a plastic capsule for shipping. Please note that we choose all coins at random after your payment has cleared. As such, we cannot guarantee a particular date mark or design in advance. If you buy more than one, please remember that you could get matching coins.

JM Bullion customer service is available at 800-276-6508. Our team is also available online through our live chat and email address features.