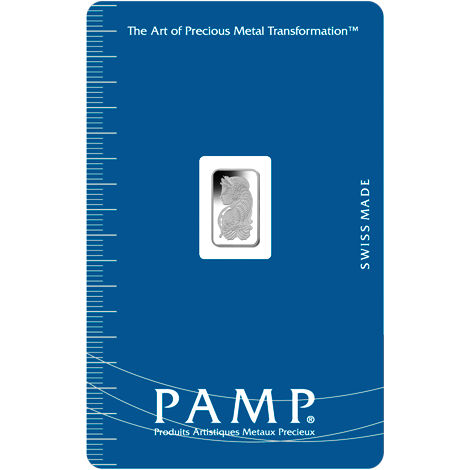 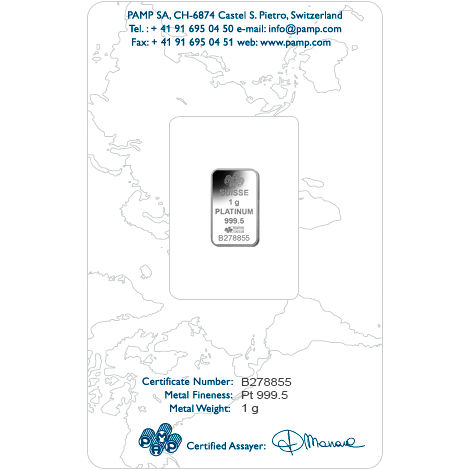 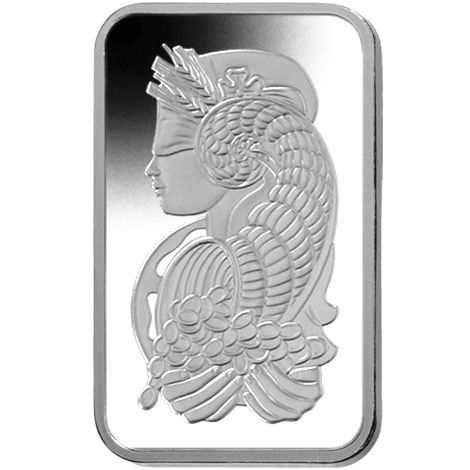 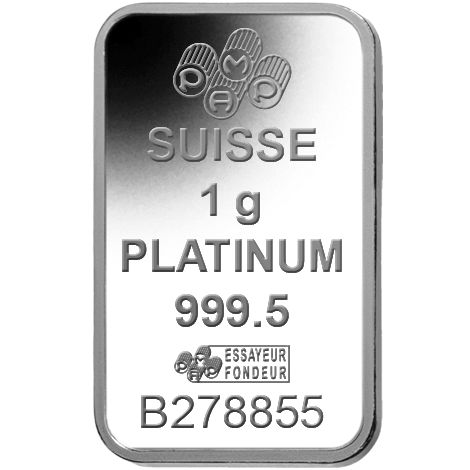 PAMP Suisse is a well-known precious metal refinery that creates one of the most sought-after bar designs on the planet. The refinery’s popular Fortuna bar is popular among gold and silver investors, and is now garnering attention in platinum, as well. Today, JM Bullion offers the 1 Gram PAMP Suisse Fortuna Platinum Bar in brand-new condition.

In ancient Roman society, Fortuna fulfilled many roles. She was most popular as the goddess of fortune and as a personification of luck in Roman religion. It was said that she could bring you good luck or bad. There are many symbols that were associated with the goddess during ancient times, and the most visible of those appear on the Fortuna bar design from PAMP Suisse.

On the obverse face of each 1 Gram PAMP Suisse Fortuna Platinum bar is the depiction of Fortuna. The goddess is often featured with a veil or blindfold over her eyes, similar to modern depictions of Justice. In the PAMP Suisse design, Fortuna is blindfolded, with a cornucopia on her head spilling forth a bounty of riches that are captured by her hands at the bottom. She is also wearing a wreath atop her head, with a wheel featured behind her figure.

The reverse side of each platinum bar features an engraving of the PAMP Suisse corporate logo. Below it, inscriptions include the weight, metal content, and purity of the bar. All PAMP Suisse bars also feature an individual serial number and the assayer’s mark as signs of authenticity.

Produits Artistiques Metaux Precieux, or artistic precious metals products, is the full name of the PAMP Suisse refinery. The company is considered the world’s leading bullion brand, and is headquartered in Ticino, Switzerland, where the refinery was founded in 1977. Today, PAMP is part of the global precious metals and financial services firm MKS Group, which is headquartered in Geneva, Switzerland.

If you have any questions about these platinum bars, please don’t hesitate to contact a JM Bullion associate at 800-276-6508. You can also reach us online through our live chat or via email. If you are interested in similar products, be sure to check out our collection of PAMP Suisse Gold Bars.

RICHARD from SC - January 16, 2016
"Wanted to round out my collection with some platinum and PAMP Suisse is always a great choice for that. Sealed in an Assy card it's protected and easy to add to your collection. I'm very happy with this purchase."