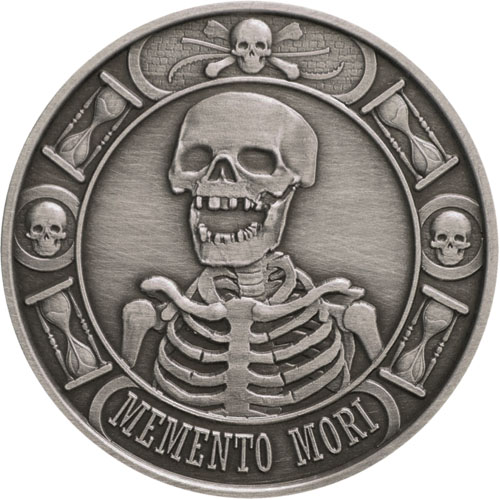 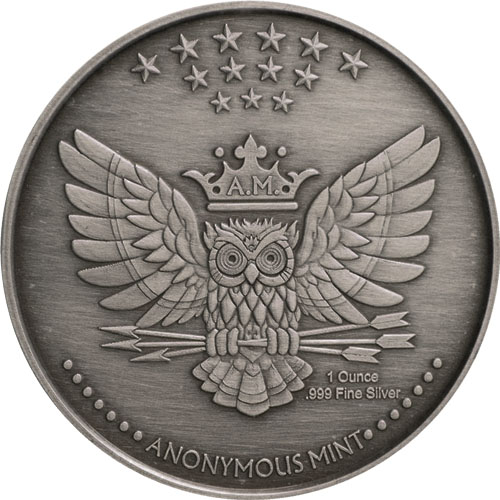 Memento mori is a Latin phrase that reminds mankind of its mortality. Used in art and symbolism for thousands of years, it grew in popular use with the rise of Christianity and the emphasis that religion places on Heaven, Hell, and salvation for one’s soul in the afterlife. Today, 1 oz Antique Memento Mori Silver Rounds are available to you from JM Bullion.

The phrase memento mori has its roots in classical antiquity and came to the United States during the colonial era with the Puritans. By in large, the Puritans looked down on art because it was believed to draw the faithful away from God, and potentially toward the devil. However, art was allowed as a part of historical records. Thomas Smith, the famed 17th-century Puritan painted a self-portrait with a memento mori skull suggesting that he know of his own, imminent death.

All of the 1 oz Antique Memento Mori Silver Rounds in this product listing are individually packaged inside of protective plastic capsule. Each individual silver round features a numbered Certificate of Authenticity from the Anonymous Mint that matches the serial number etched on the edge of the round itself.

The obverse face of 1 oz Antique Memento Mori Silver Rounds bears the image of a design known as Last Laugh. In this image, a laughing skeleton is replicated in the manner in which it was often used in European funeral art from the Medieval Era to the Victorian Era. The symbol reminds us all that death comes for us all and gets the last laugh in the process.

On the reverse side of the 1 oz Antique Memento Mori Silver Round is a design that includes the mint logo for the Anonymous Mint. This seal is based on the heraldic eagle of the United States, swapping out the owl for the American bald eagle. The owl is crowned and clutches arrows in its talons. There are 13 stars above its head and inscriptions of the weight, purity, and metal content for the round.

These antique silver rounds have a brushed finish that results in heirloom-quality visuals. The rounds are produced by the Anonymous Mint with antique and BU options available. The series was created by Julie Lindquist.

Please feel free to reach out to JM Bullion with any questions. You can call us at 800-276-6508, chat with us live online, or email us directly.