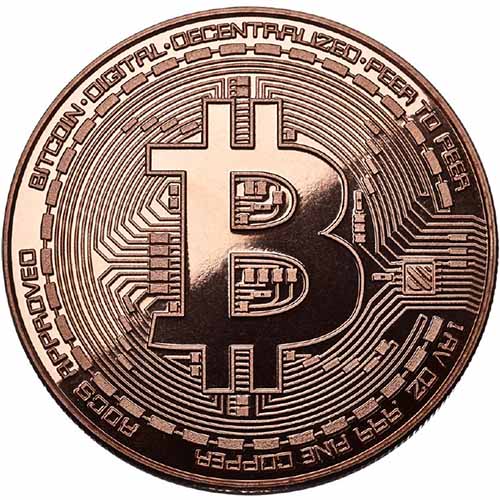 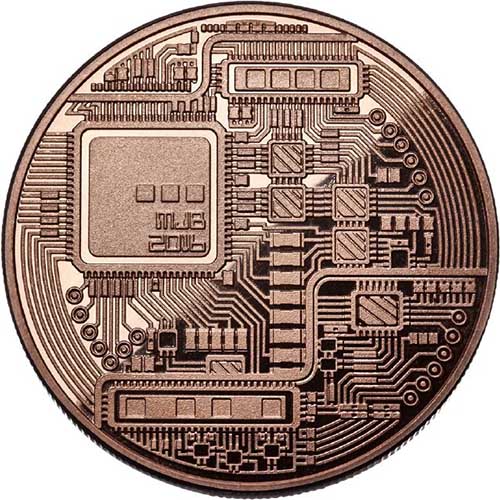 One of the most talked-about currencies in the world today isn’t even one you can hold in your hand. Bitcoin, a virtual currency used in person-to-person transactions since its introduction in 2009, was made available in 2010 in a popular collection of silver and copper rounds. Now, those iconic designs are back with enhanced updates and the original design. Right now, the 1 oz Copper Bitcoin Commemorative Round is available to purchase online from JM Bullion.

Each 1 oz Copper Bitcoin Commemorative Round available here today is originally packaged by Osborne Mint inside of bulk plastic tubes containing a total of 20 individual rounds within. These Copper Bitcoin Rounds are based on the original 2010 design from Michael Bruce, and reproduced only with his licensed artwork.

Bitcoin was created as a type of currency for use only in the digital, or virtual world in 2009. The exact identity of the individual responsible isn’t even known today, with only the alias Satoshi Nakamoto listed for credit.

Bitcoins enable people to make anonymous purchases. There are no banks or government entities involved in the issuance of Bitcoin. In fact, Bitcoins aren’t even issued as physical currency. Bitcoin only exists as a virtual currency that can be used in transactions between any two people or entities. In fact, merchants have at times opened up to the idea of Bitcoin, enabling people to purchase anything from web hosting service to pizza.

On the obverse of the 1 oz Copper Bitcoin Commemorative Round is the image of the famous Bitcoin symbol. A large letter “B” with two vertical lines through it, the Bitcoin symbol resembles that of the US dollar ($) in its design. Engravings on this face read “Bitcoin – Digital – Decentralized – Peer to Peer,” “AOCS Approved,” and “1 AV oz .999 Fine Copper.”

The first Copper Bitcoin Commemorative Rounds were issued in 2010, just after the virtual introduction of the digital currency. These rounds were often the basis of media representations of Bitcoins when discussed in news reports. However, these 1 oz Copper Bitcoin Commemorative Rounds have no link to the currency and are not forms of financial currency. Instead, each is a beautiful representation of the crypto-currency.

Osborne Mint is located in the city of Cincinnati, Ohio. It is America’s oldest private minting operation and can trace its roots back to 1830s America when the US dollar hadn’t even been established as the lone, sovereign currency of the young United States.

If you have questions about these new copper rounds, please don’t hesitate to ask. JM Bullion is available at 800-276-6508, online using our live chat, and via our email address. You can also see the current bitcoin price by visiting our Bitcoin Price & Charts Page!

Ryan from - February 04, 2021
"Very detailed and beautiful coin that makes for a cheap and decorative display. Must have for any crypto currency owner. "

Joseph from - January 23, 2021
"This was one Item on My first purchase, it came in a fast discreet packaging. Loved the service and the product. I will defiantly buy here again."