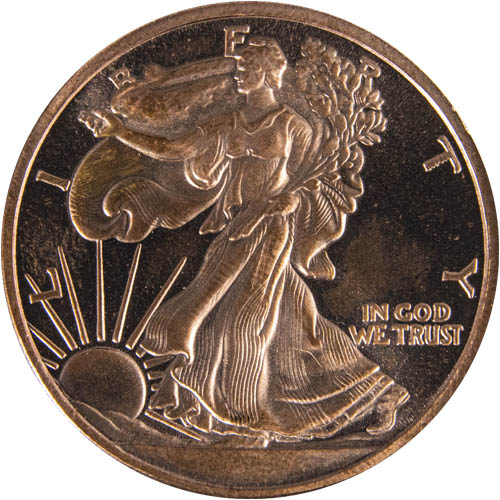 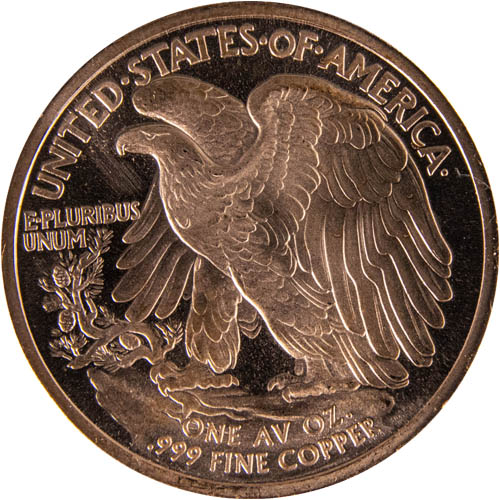 There are few American coin designs more coveted among investors and collectors than Walking Liberty. Originally issued on the circulation silver half dollar in the 20th century, this design has been the face of the American Silver Eagle bullion coin since 1986. It has proliferated well beyond the bounds of silver coins though, reaching copper rounds as well. Now, 1 oz D’Anconia Walking Liberty Copper Rounds are available to you for purchase online at JM Bullion.

In 1916, the United States Mint introduced the Walking Liberty design by Adolph A. Weinman. This iconic image was submitted to the US Mint in 1916 for consideration as the mint sought to replace the so-called Barber Coinage designs, the images of Liberty that graced the dime, quarter, and half dollar.

Weinman’s left-profile bust of Liberty was selected for the half dollar and would feature on that coin from 1916 to 1947. In 1986, the US Mint revived the design for use on its American Silver Eagle bullion coins. Since then, it has featured on silver rounds, silver bars, and copper rounds alike.

On the obverse of 1 oz D’Anconia Walking Liberty Copper Rounds is a portrait of Lady Liberty. This left-profile relief features the full-length figure of Liberty walking toward the sun on the horizon. She is draped in the American flag and carries branches of oak and laurel in her left hand.

The reverse side of D’Anconia Walking Liberty Copper Rounds comes with Weinman’s 1916 design of the American bald eagle. Also featured on the half dollar, this image shows the bald eagle in left-profile relief with raised wings as it sits perched on a rock ledge. The design includes a sapling in the talons of the eagle.