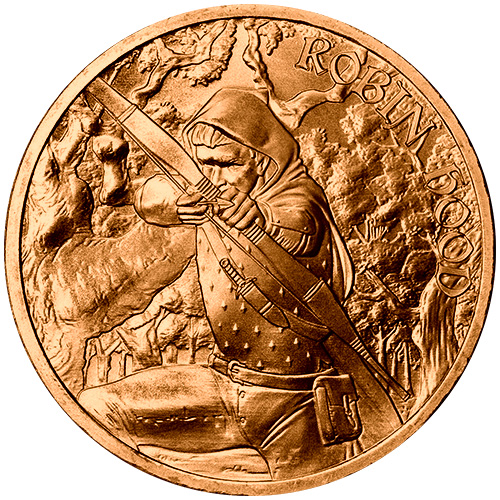 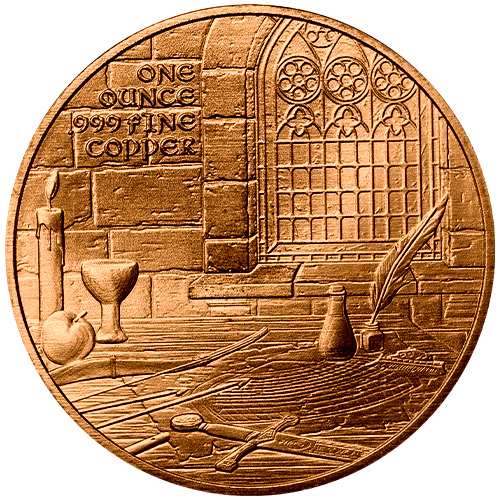 The new Medieval Legends Series of silver and copper rounds available at JM Bullion launches with an image of Robin Hood, the famed bandit of Sherwood Forest. A heroic bandit, Robin Hood was branded an outlaw by Prince John and the Sheriff of Nottingham Forest, though the common people of England viewed him as nothing short of a hero. Now, 1 oz Medieval Legends Robin Hood Copper Rounds are available to you for purchase online from JM Bullion.

A skilled archer and swordsman, Robin Hood is one of the most legendary folk heroes from England. His story is said to be set in the 12th century, though word of his deeds did not become common in folk ballads in England until the 15th century. Retellings of his story over the course of centuries resulted in variations and additions to the story.

The most common fragments of his story depict Robin Hood as a man of noble birth in England who returned from the Crusades to find his lands taken from him by the Sheriff of Nottingham. In a bid to push back on the oppression of the Sheriff, Robin Hood took to a life of just crime by robbing the rich to feed the poor. As Robin Hood combatted the Sheriff and his loyal forces, he relied on the cover of Sherwood Forest and his band of Merry Men to gain the upper hand.

On the obverse of 1 oz Medieval Legends Robin Hood Copper Rounds is an image of Robin Hood taking aim with his bow and arrow. Amidst the thick foliage of Sherwood Forest, Robin Hood draws an arrow back in his bow and takes aim down his arm toward his target. Robin Hood is believed to have honed his skills with a bow-and-arrow and sword during his time serving alongside the forces of King Richard I of England during the Third Crusades.

The reverse side of Medieval Legends Robin Hood Copper Rounds comes with a common design element for the series. This image captures a table in a humble room of a stone castle. There is a table in front of a stained glass window, and on this table you will notice the iconic relics of each figure from the Medieval Series, including the bow of Robin Hood.

These 1 oz Medieval Legends Robin Hood Copper Rounds are available to purchase brand-new. The rounds are packaged individually in plastic flips, housed in plastic tubes of 20, or boxes of 500 rounds.