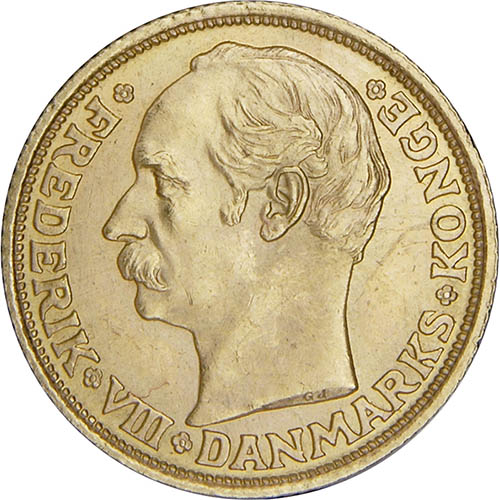 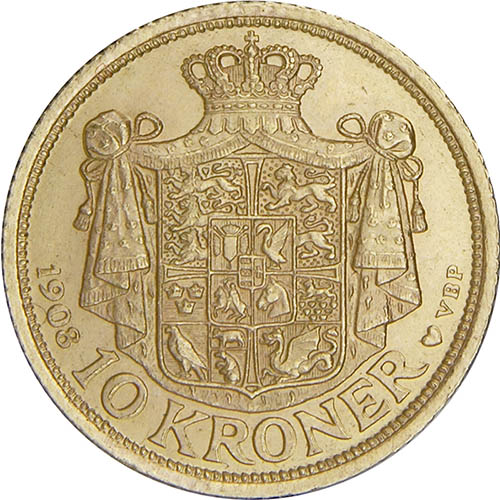 One of the best ways for investors and collectors just getting started buying gold is to purchase previously circulated coinage. European and American gold coins once in circulation as regular currency are still widely available and offer a better price point with pure gold content compared to modern gold bullion coins produced specifically for investment. Right now, 10 Kroner Danish Gold Coins are available to purchase online from JM Bullion.

Each 10 Kroner Danish Gold Coin available to you here today arrives with protective packaging. These coins are former circulation 10 Kroner Gold Coins issued by the Royal Danish Mint in Copenhagen, Denmark. The Kingdom of Denmark issued Gold Kroner coins between 1872 and 1917.

The term kroner applies to the modern unit of currency still in use within Denmark and its territories of the Faroe Islands and Greenland. Translated into English, the coins literally mean “Danish crown.” Kroner coinage has been issued in what is now modern Denmark for more than 1,000 years with the first Kroner coinage a penny issued in roughly 825 AD.

On the obverse of 10 Kroner Danish Gold Coins in this listing, you’ll find the effigy of one of three possible Kings of Denmark. During the period of issue for 10 Kroner Gold Coins, the most common monarch to feature on the coins is King Christian IX of Denmark. His reign lasted from 1863 to 1906 and covered most of the issuing period for this particular gold coin.

Other possible effigies to feature on the obverse of 10 Kroner Gold Coins include Christian IX’s son Frederick VIII whose reign lasted from 1906 to 1912 and his grandson Christian X who reigned from 1912 to 1947. Regardless of the monarch featured, the engravings on this side are in Danish and identify the individual as “King of Denmark.” Additional markings on this side include the monarch’s name and the date of issue.

The reverse of 10 Kroner Danish Gold Coins included various design elements during its production run, but many coins featured what is today known as the Lesser State Version of the coat of arms. This crowned shield features three lions in the design field. Other engravings on this side include the face value of the coins as “10 Kroner.”

If you have any questions, please don’t hesitate to ask. JM Bullion customer service is available to you at 800-276-6508, online using our live chat service, and via our email address.