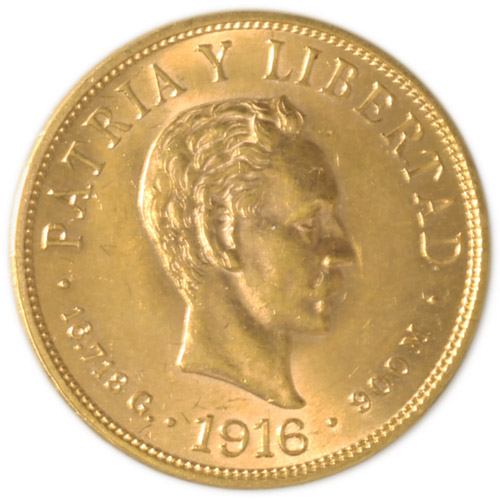 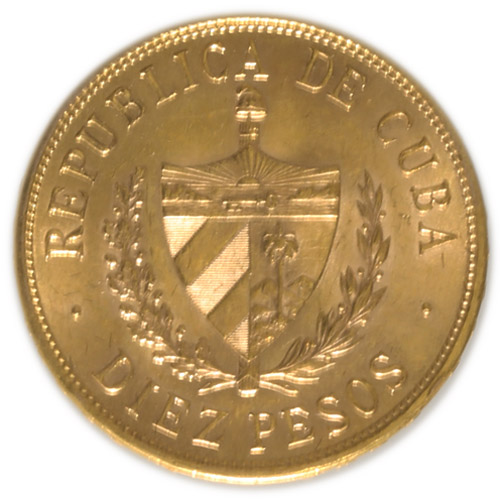 Originating in Spain, the Peso was once widely used throughout the territories of the Spanish Empire. One of the remaining nations that still use the Peso is Cuba. Historically, Cuba issued gold pesos into circulation and some of those are still available as affordable investment options and collectible pieces. Now, 10 Peso Cuba Gold Coins are available to you for purchase online from JM Bullion.

As the Spanish Empire began to spread around the world in the 15th and 16th centuries, many of the lands that would come under its control used the Peso as the official currency. To ensure consistency in commercial transactions, Spain forced its territories to use the Peso. At one point in time, 22 now-independent nations used the Peso as a basis for national currency.

Today, there are just eight remaining nations that still issue the Peso as its currency. The vast majority of these nations, historical and modern users of the Peso, are located in the Caribbean, Central America, and South America. Among those is the island nation of Cuba. Beginning in 1915, Cuba issued a 10 Peso Gold piece that was actually designed by Charles E. Barber, then the Chief Engraver of the United States Mint.

Jose Marti features on the obverse field of the 10 Peso Cuba Gold Coin. Marti was a notable Cuban poet, philosopher, professor, and publisher who is still considered a Cuban national hero because of his role in liberating the country in the late 19th century. Martis bust is featured in right-profile relief on most gold coins in this denomination and is featured with an inscription of the Spanish phrase for Homeland and Freedom.

The Cuban coat of arms is depicted on the reverse side of 10 Peso Cuba Gold Coins. The national coat of arms for the Republic of Cuba was adopted in 1906. The shield is topped by a fasces and Phrygian cap with an oak branch on one side and a laurel wreath on the other. The shield has three sections with geographic features of the Cuban island and stripes with the colors from the Cuban flag.

These 10 Peso Cuba Gold Coins are available with protective plastic flips. The coins here come with mixed types, random dates, and varied conditions. We cannot guarantee which coin you will receive in advance. All items are chosen at random after your payment clears. If you buy several coins, please note you could get matching coins.