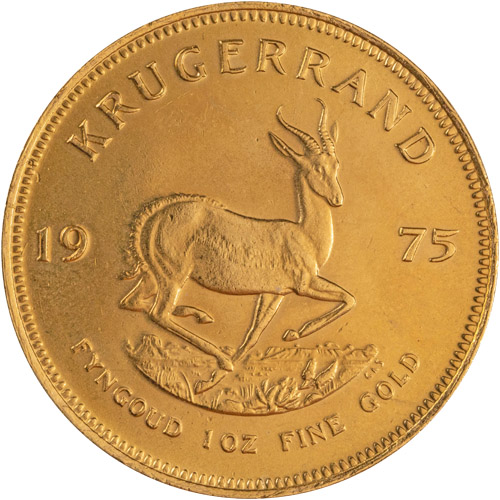 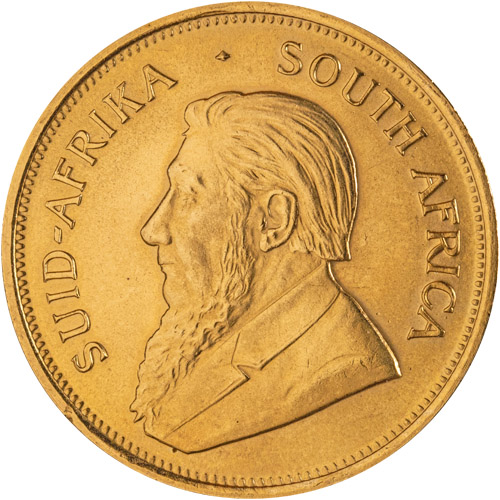 The Krugerrand coin is a special gold coin from South Africa that honors the first and only president of the country, as well as its national animal. Although it holds no monetary value, it does have historical and cultural significance for South Africa, especially for being one of the world’s first modern bullion coins. Now, the 1975 1 oz South African Gold Krugerrand Coin can be purchased online from JM Bullion.

The 1975 1 oz South African Gold Krugerrand Coin is an exclusive release from the South African Mint, which is known for being one of the most popular gold bullion producers in the world. This particular coin has been struck in fine gold and features detailed imagery on both its obverse and reverse. The reason this coin does not have a face value is that its legal tender denomination is not fixed; rather, it’s dependent on the price of gold.

The South African Gold Krugerrand was first introduced in 1967 and soon became one of the most popular bullion products in the world. The reason this coin was originally released was for the purpose of showing off and marketing South African gold.

On the obverse of the 1975 1 oz South African Gold Krugerrand Coin is the portrait of Paul Kruger, who was the first and only president of South Africa. He is known by the South African people as “Oom Paul”, which is a very high designation in the country. In fact, President Kruger was the person who first established the South African Mint in 1892 to address the shortage of coins in circulation at the time and to ensure that South Africa could produce its own currency.

The reverse of the 1975 1 oz South African Gold Krugerrand Coin contains the image of an antelope. The Springbok antelope, pictured on this coin, is the national animal of South Africa, which explains why this popular gold bullion product retains its image. The reverse also shows the coin’s year of release, weight, and purity, as well as the inscription “KRUGERRAND”.

If you have any additional questions when you buy gold, please don’t hesitate to reach out to JM Bullion. Our team is available via email, online live chat, or by phone at 800-276-6508.