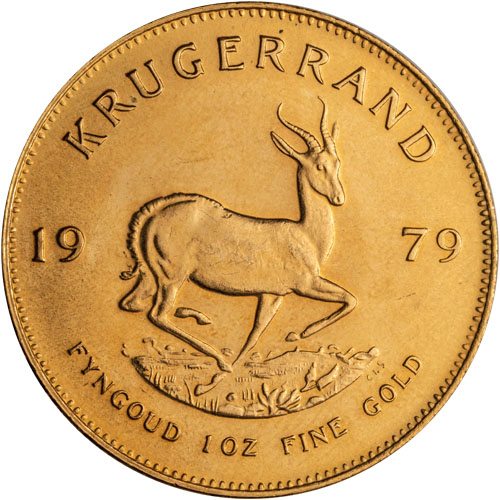 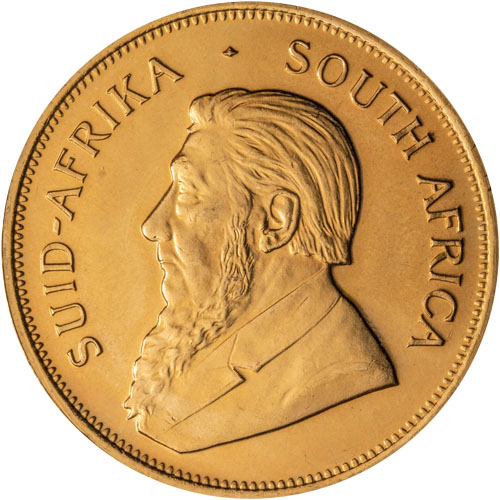 Each of the 1979 1 oz South African Gold Krugerrand Coins in this product listing come with protective plastic flips. The 1979 release had a mintage that, at the time, was the second highest in the history of the series. At this point, only the 1978 coin had achieved a higher mintage than the 1979 release.

South African Gold Krugerrands were introduced in 1967 and named, in part, for the first man to the lead the South African Republic in the 19th century. Paul Kruger’s last name was combined with the name of the fiat currency of the modern nation, the Rand, to form the name for this gold bullion coin series: Krugerrand.

In the obverse design of 1979 South African Gold Krugerrand Coins, you will find a portrait of Paul Kruger. First developed in the 1890s for the coins of the South African Pound, this left-profile portrait was revived and modernized in 1967 for the Krugerrand’s debut.

For the reverse design of 1979 1 oz Gold Krugerrand Coins, the mint features an image of the Springbok antelope. Native to the southern reaches of the African continent, the Springbok is the official emblem of the modern Republic of South Africa.

If you have any questions about these 1 oz gold coins, please don’t hesitate to ask. JM Bullion customer service is available to assist you at 800-276-6508, online using our live chat, and via our email address.