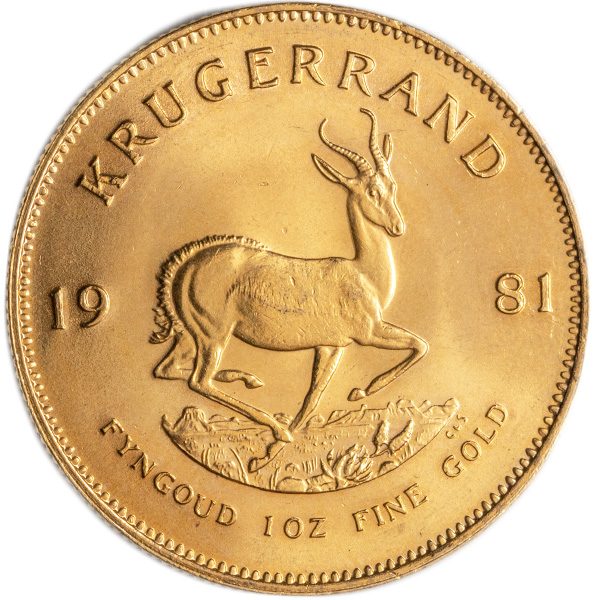 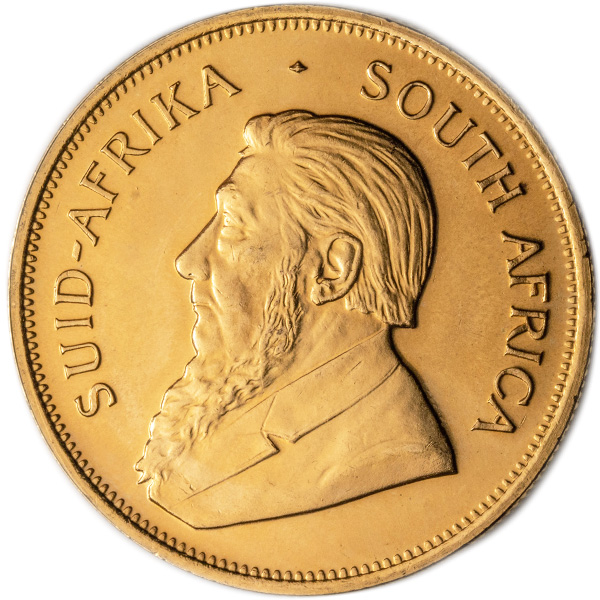 In response to the apartheid system in South Africa, Western nations boycotted South African goods, including the Gold Krugerrand. The world’s dominant gold bullion coin in the 1970s and 1980s, sales of the coins began to drop in the 1980s in response to these sanctions and boycotts.

All of these 1981 1 oz South African Gold Krugerrand Coins are available to you in individual flips. The mintage of 3,108,968 coins in 1981 was the second highest in the 1980s behind only the 1983 coin, and is among the ten highest mintages in the program’s history.

Paul Kruger features on the obverse side of 1981 South African Gold Krugerrand Coins. This design was created in the 19th century by Otto Schultz and debuted on the coins of the South African Pound gold denominations.

The national symbol of modern South Africa, the Springbok antelope, is depicted on the reverse face of 1981 Gold Krugerrands. This right-profile image shows the elegant creature in motion in its native habitat across southern Africa.

South African Gold Krugerrands were introduced in 1967 by the South African Mint and the Rand Refinery. The coins were initially available only as 1 oz gold options, with three fractional-ounce options added in 1980 as the program hit the height of its popularity.

Please contact JM Bullion if you have any questions. You can call us at 800-276-6508, chat with us live online, or email us directly.