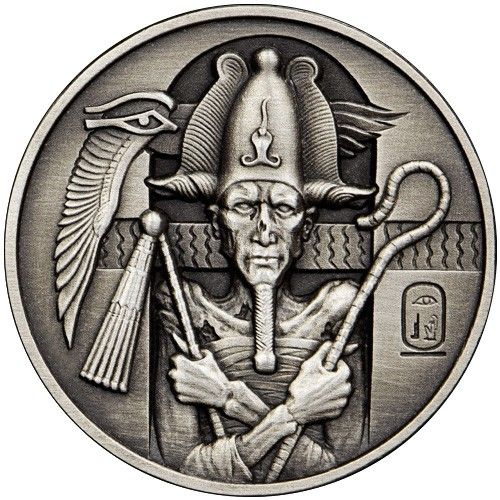 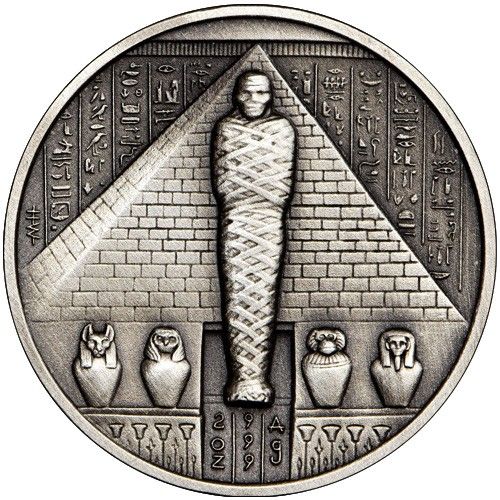 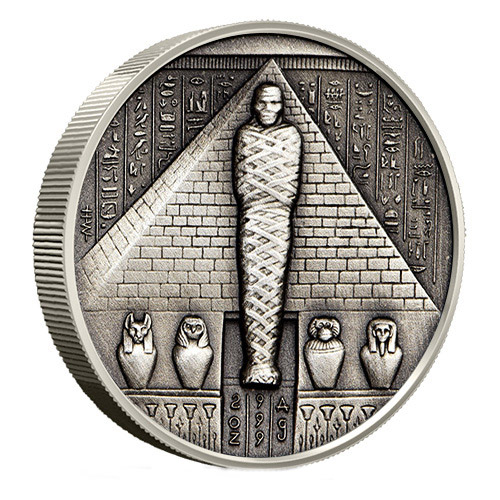 The popular Egyptian Gods Series of 2 oz silver rounds returns in 2021 with new designs to satisfy the demands and interest of collectors. The series restarts with a depiction of Osiris, God of Fertility and the Afterlife, as he was popularly depicted in Ancient Egyptian texts following his death. Right now, 2 oz Antique Egyptian Gods Osiris Silver Rounds are available to purchase online from JM Bullion.

Each of the 2 oz Antique Egyptian Gods Osiris Silver Rounds available to you in this product listing is brand-new from the mint. The rounds are packaged individually in plastic flips or in multiples of 10 inside acrylic tubes. These silver rounds are struck in ultra-high relief on 2 oz blanks with an antique polish applied.

An ultra-high-relief strike creates such impressive 3D and visual depth to the round that you could be mistaken for thinking the figure of Osiris is a statue set upon the 2 oz silver rounds. With the application of an antique polish, the rounds have the appearance of old-world coinage and an added highlight on the intricate elements of the design.

The obverse side of 2 oz Antique Egyptian Gods Osiris Silver Rounds depicts the partially mummified remains of Osiris. In Ancient Egyptian lore, it is said that Osiris was murdered by his brother Set. His body was cut into pieces and dumped in a river. Osiris’ wife, Isis, found his body parts and wrapped them together up to the chest. After performing a spiritual ceremony, she was able to bring him back to life long enough to conceive a son with him, the god Horus.

As a result of this origin story, Osiris was worshipped in later dynasties as a symbol of life after death. Future pharaohs would be mummified and preserved for the afterlife in the belief that they would join Osiris in the next world.

On the reverse field of the 2 oz Antique Egyptian Gods Osiris Silver Round, you will find the fully mummified remains of Osiris in front of a pyramid tomb. There are four clay jars near his body, no doubt holding the vital body parts removed during the mummification process. Due to his own resurrection at the hands of Isis, Osiris became the first god associated with mummification.

Steve from - April 19, 2021
"I have both the BU and the Antique version of this coin, and the details on the Antiqued coin stand out so much sharper. Its one of the nicer rounds in my collection."