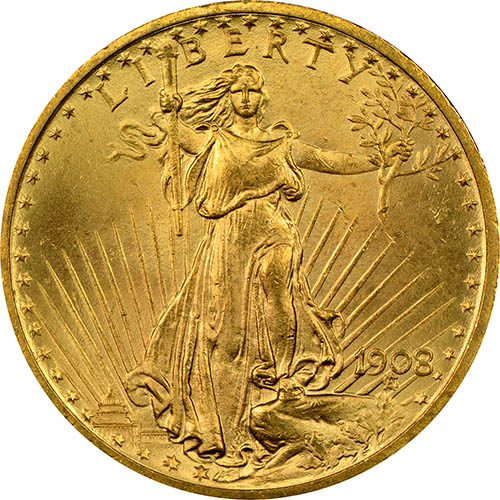 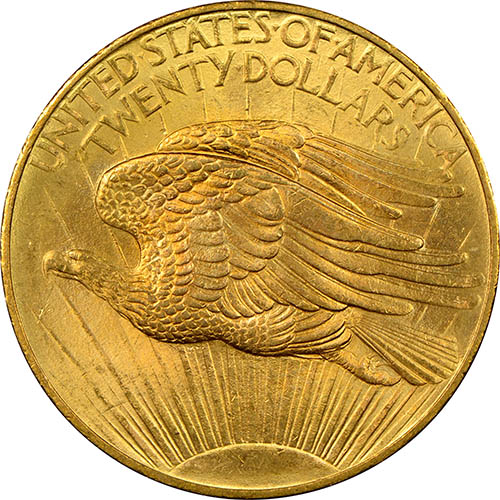 One coin design over the course of more than 225 years of work at the United States Mint stands out above the rest when it comes to inspirational beauty. The image of Liberty crafted by Augustus Saint-Gaudens in 1907 revolutionized American coinage at a time when President Theodore Roosevelt viewed the nations currency designs as artistically of atrocious hideousness. Today, Pre-33 $20 Saint-Gaudens Gold Double Eagle Coins are available to you online from JM Bullion.

In 1905, the Roosevelt Administration had contacted Saint-Gaudens for help in revitalizing the appearance of American coinage. Saint-Gaudens work with the US Mint originated in a different manner than most, as the Roosevelt Administration commissioned him to redesign all American coinage from the cent to these Pre-33 $20 Gold Double Eagle Coins without the advice or input of the Treasury Department or US Mint.

He was given free license to create his image of Liberty and eventually came up with a design for Liberty based upon the standing figure known as Victory from the Sherman Victory monument in the Grand Army Plaza of Central Park in New York City. The inspiration for his flying bald eagle on the reverse came from the Flying Eagle cent of 1857, a design Saint-Gaudens believed was the best hed ever seen on American coinage to this point in history.

All Pre-33 $20 Saint-Gaudens Gold Double Eagle Coins in this listing are in AU condition. Known as Almost or About Uncirculated, coins in AU condition show only traces of light wear on the highest points of the coins design fields.

The obverse of the Saint-Gaudens Gold Double Eagle coin features the image of Lady Liberty based upon that standing Victory figure. She is depicted striding forward with a burst of sun rays behind her back and the US Capitol Building visible at her feet.

On the reverse of the Pre-33 $20 Saint-Gaudens Gold Double Eagle in this listing is the design of the bald eagle in flight over the sun as it rises over the horizon below. Engravings on this face include United States of America and Twenty Dollars at the top. As a No Motto coin, these Gold Double Eagles come from either 1907 or 1908 and do not include In God We Trust on this face of the coin.

Please feel free to contact JM Bullion with questions regarding these gold coins. You can reach out to us at 800-276-6508, chat with us live online, or simply send us an email.