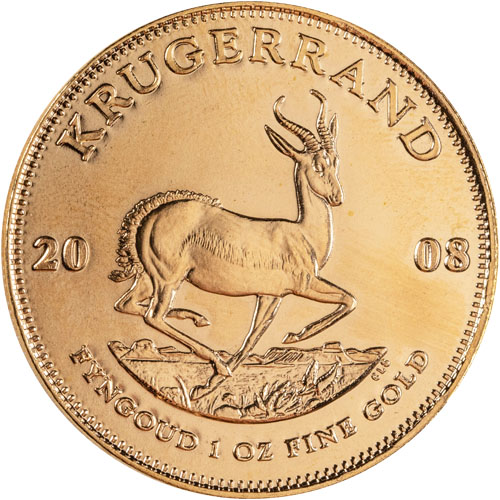 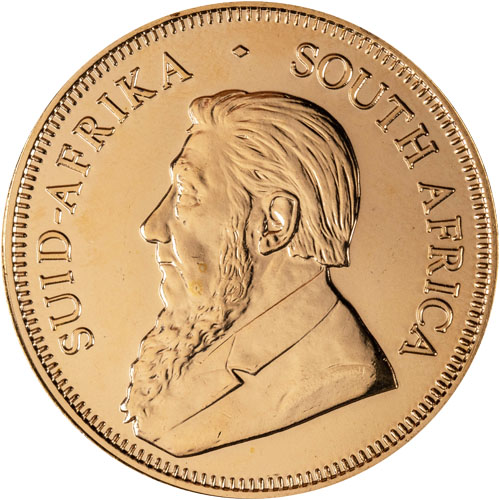 Bullion investors and collectors around the world will definitely want to think about adding this exclusive coin from 2008 to their collections. Released from the South African Mint, the gold Krugerrand coin is known for being the world’s first modern gold coin product. Since then, these coins have continued to become increasingly popular. Now, the 2008 1 oz South African Gold Krugerrand Coin can be purchased online from JM Bullion.

The 2008 1 oz South African Gold Krugerrand Coin has been manufactured and distributed by the Mint based in South Africa. It was struck in fine gold and features intense detailing on both the obverse and reverse of the coin. Although this coin remains a popular gold bullion product around the world, it holds no face value. This is because its legal denomination technically fluctuates with the price of gold rather than remaining fixed like other coins.

The South African Mint is known for being one of the most popular gold-producing mints in the world. These coins were originally produced in 1967 to market and show off gold products originating from South Africa. The term “Krugerrand” actually combines Paul Kruger’s name with the currency of South Africa, “rand”, which is why this coin retains that name.

The obverse of the 2008 1 oz South African Gold Krugerrand Coin shows the portrait of Paul Kruger, who was the first and only South African president. Kruger is known for establishing the South African Mint in 1892, mainly because the country was facing a coin shortage at the time. Kruger also wanted a way for South Africa to create their own currency.

On the reverse of the 2008 1 oz South African Gold Krugerrand Coin is the image of a Springbok antelope. This type of antelope is the national animal of South Africa, which is why it’s featured on the coin. The reverse of this coin also shows the weight, purity, and release year of the coin, as well as the “KRUGERRAND” inscription.

If you have any additional questions when buying gold, please reach out to JM Bullion. We are available via email, online live chat, or by phone at 800-276-6508.