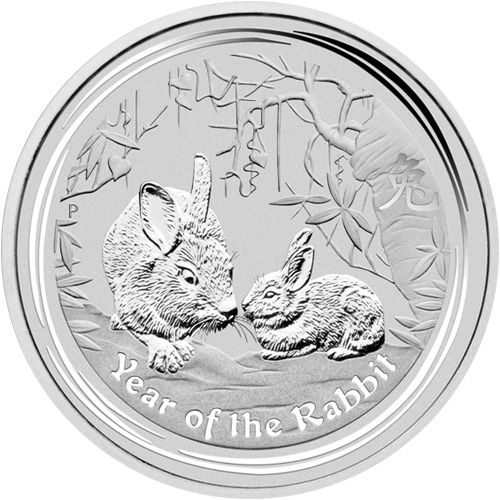 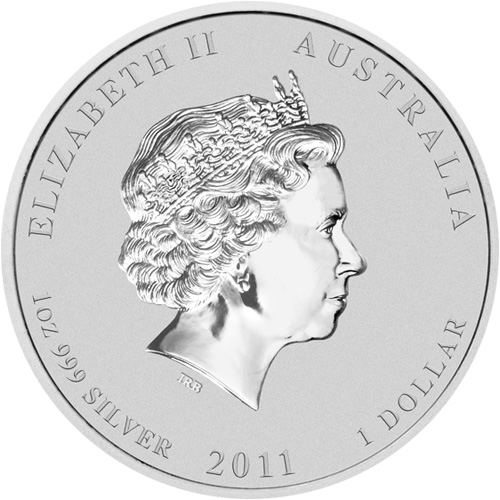 The Perth Mint celebrates the zodiac by featuring this coin for the Year of the Rabbit, the seventh animal in the 12-year cycle of the Chinese zodiac. The Lunar Series created by the Perth Mint has featured some of the most popular coins in the world because of their unique designs. The Year of the Rabbit coin is the perfect gift for anyone born under this sign. The 2011 1 oz Australian Silver Lunar Rabbit Coin is available for purchase online from JM Bullion.

The Perth Mint was founded in 1898 and is the oldest operating facility in Australia. The Lunar Series was first introduced in 1996 with the Year of the Rat design. in 2008, this series was reintroduced once again with the rat design. The 2011 1 oz Australian Silver Lunar Rabbit Coin is the fourth coin in the Lunar Series II program.

The obverse of the 2011 1 oz Australian Silver Lunar Rabbit Coin features the portrait of Queen Elizabeth II, designed by Ian Rank-Broadley. Her Majesty’s image continues to be featured on coins from the Perth Mint as a way to honor her for her leadership. The obverse of the 2011 coin also features the coin’s weight and purity, the year of issue, and the inscriptions “ELIZABETH II” and “AUSTRALIA”.

The reverse of the 2011 1 oz Australian Silver Lunar Rabbit Coin shows two adorable rabbits nestled together in the wild. To the right of the rabbits, the Chinese symbol for “rabbit” is shown. Below the rabbits, the inscription “YEAR OF THE RABBIT” appears. The “P” mint mark of the Perth Mint is also on the reverse.

If you have any questions about these silver coins for sale, JM Bullion is here to help. You can contact us by phone at 800-276-6508 or reach out to us online using our email and live chat features.