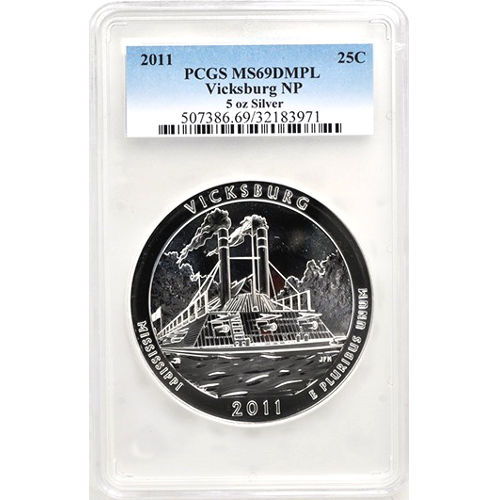 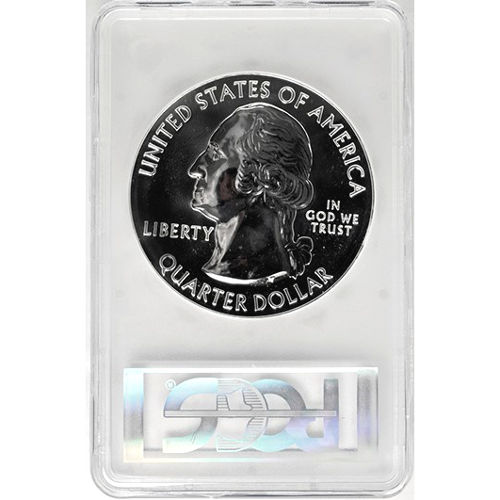 Vicksburg, Mississippi was the sight of one of the most memorable campaigns during the American Civil War. Though it is not remembered nationally on the scale of Gettysburg, the events of Vicksburg are etched in American history and remembered at Vicksburg National Military Park. Right now, you can purchase the 2011 5 oz ATB Vicksburg Silver Coin from JM Bullion.

The campaign against Vicksburg dragged out over the course of several months in 1863. The larger campaign began with the Battle of Chickasaw Bayou, and consisted of eight smaller battles before the Siege of Vicksburg began on May 18, 1863. After nearly two months of battle in Vicksburg, the campaign ended with some 5,000 soldiers dead on both sides, and 29,000 Confederate troops captured as prisoner.

Vicksburg National Military Park consists of 1,325 historic markers and monuments, and is home to Vicksburg National Cemetery. The park is honored on the America the Beautiful coin series as the representative of the state of Mississippi. Introduced in 2010, the 56-coin series will eventual include one image from each of the 50 US states, America’s five overseas territories, and Washington D.C.

On the reverse side of the coin is the image of the USS Cairo, an ironclad gunboat that became the first naval vessel to be sunk by a torpedo. Engravings on this side include “Mississippi,” “Vicksburg,” and “E Pluribus Unum.” The obverse side bears the left-profile bust of President George Washington.

Each of the coins in this product listing has a near-perfect grade from the PCGS. The coin’s full, original luster is still visible, and a maximum of two blemishes may be visible outside the primary focal areas of the coin.

The United States Mint produces America the Beautiful coins at its Philadelphia Mint and Denver Mint locations. If you have questions about these coins, don’t hesitate to contact a JM Bullion associate. You can reach us at 800-276-6508, online through our web chat, and via email.