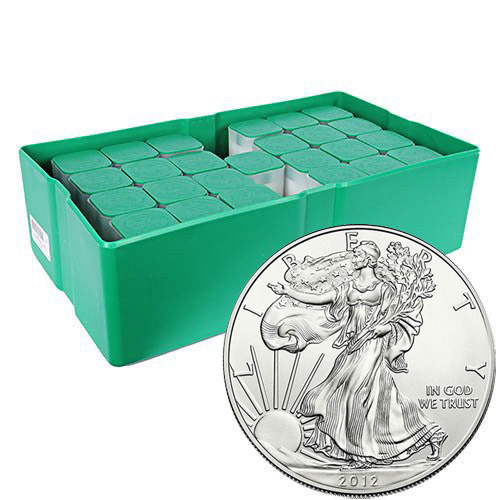 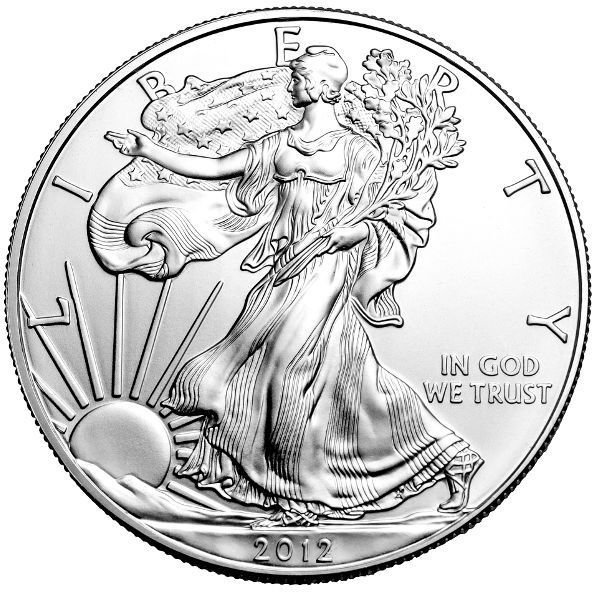 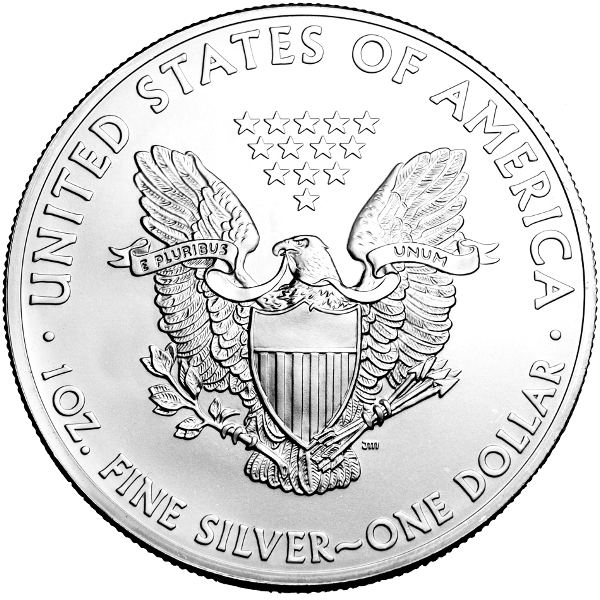 The American Silver Eagle is the worlds most sought-out silver bullion coin. Produced annually by the United States Mint, these beautiful silver coins had static design images on the obverse and reverse from 1986 to 2021, with a change only recently coming to the reverse side only for the 35th anniversary of the coins in 2021. When the US Mint ships the coins to dealers, the largest shipment package is the US Mint Monster Box with 500 silver coins inside. Right now, 2012 American Silver Eagle Monster Boxes are available to purchase online from JM Bullion.

Each 2012 American Silver Eagle Monster Box available in this listing comes with a total of 500 individual coins. Each coin has the 2012 date mark in the series. The coins are split in multiples of 20 across 25 separate tubes within the Monster Box.

The 2012 release of American Silver Eagles marked one of the rare retreats in mintage year-over-year that the US Mint saw during the Great Recession and the 2010s. From 2008 to 2011, the mintage went up each year, setting a record with each subsequent year. After hitting 40.02 million coins in 2011, the 2012 mintage fell back to 33.742 million coins. While that represented a significant year-over-year drop, it was still, at the time, the third-highest mintage in the history of the series. Today, the 2012 release remains the seventh-highest recorded mintage in the series.

Walking Liberty is depicted on the obverse side of all 2012 American Silver Eagles in the Monster Box. The design was created in 1916 by Adolph A. Weinman and features a left-profile portrait of Liberty as she walks toward the sun cresting a mountain on the horizon. Liberty is draped in the American flag and reaches out for the sun with her right hand as she carries branches of oak and laurel in her left hand.

In the reverse design of 2012 American Silver Eagle Coins, you will find the heraldic eagle design. Used on the coins from 1986 to 2021, the image features a bald eagle in front-facing relief as it supports the US national shield. The eagle clutches the arrows of war in one talon and the olive branch of peace in the other.

If you have any questions, please feel free to reach out to us. The JM Bullion customer service team is available at 800-276-6508, online using our live chat, and through our email address.