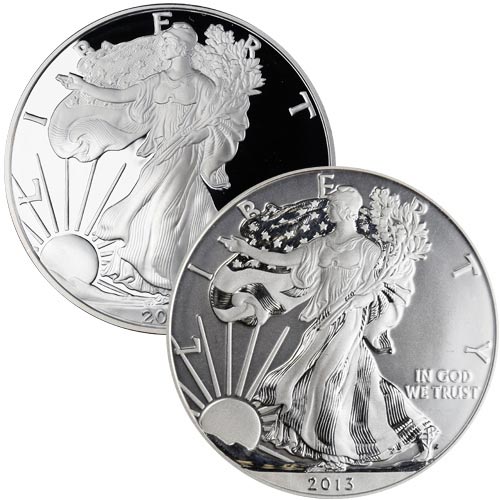 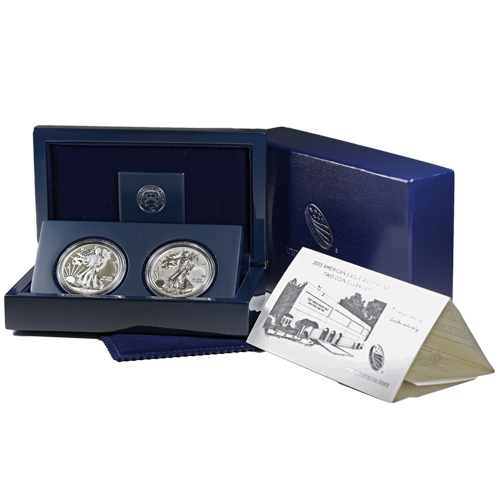 When it comes to phenomenal sales and annual demand in the millions, there isn’t a coin that can match the American Silver Eagle. Bearing the images of iconic American symbols, and a weight and purity guaranteed by the United States government, the Silver Eagle is the single most popular coin in the world today. Right now, the 2013-W American Silver Eagle West Point Mint 75th Anniversary 2-Coin Set is available to purchase online from JM Bullion.

The United States Mint celebrated 75 years of production history at the West Point Mint in 2013 with the release of a special 2-coin set for collectors to mark the occasion. The West Point Mint has become the preeminent coining facility for the American Eagle program, striking all proof and burnished versions of the Silver Eagle and Gold Eagle, as well as most of the bullion coins.

In the 2013-W American Silver Eagle West Point Mint 75th Anniversary 2-Coin Set you receive two beautiful collector’s coins from the US Mint. One of the coins available in the set is a beautiful uncirculated coin the mint struck in three different finishes: heavy frost, light frost, and brilliant polish.

The other coin is a reverse proof specimen that includes a deeply-mirrored, clear finish to the design features of the coin. The background field has a strong, frosted finish that contrasts beautifully with the design feature’s finish.

On the obverse side of all American Silver Eagle coins is the Walking Liberty designed made famous by the Walking Liberty Half Dollar (1916 to 1947). This image was created in 1916 by Adolph A. Weinman, who contributed to the makeover taking place on American coins in the early 20th century. This period is often considered the Golden Age of coin design in America.

Chief Engraver of the United States Mint, John Mercanti, designed the heraldic eagle used on the reverse. His image is a modernized version of the heraldic eagle, which first appeared on American currency as early as 1794. A popular addition to his design are the 13 five-point stars above the eagle’s head, which represent the nation’s original colonies that broke free from British colonial rule.

If you have any questions, please feel free to contact JM Bullion at 800-276-6508. You can also reach us on the web using our live chat and email features. And don’t forget to visit our website to view gold and silver prices today!