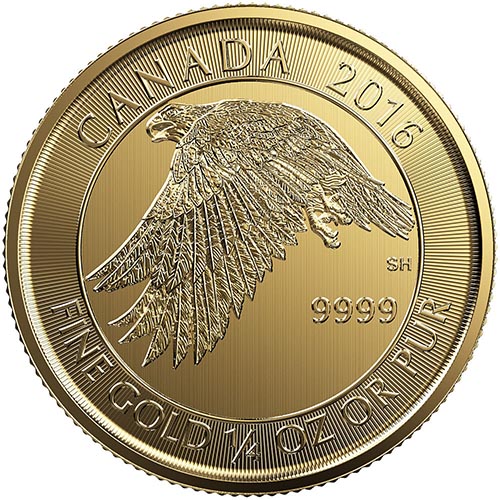 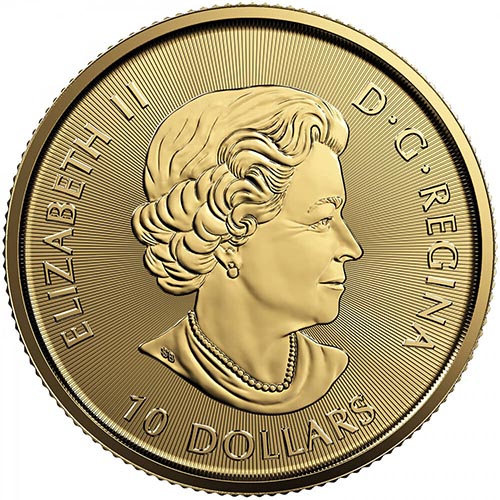 The Royal Canadian Mint has a rich history of issuing silver and gold bullion coins with beautiful designs depicting the diverse wildlife of North America. In particular, it has issued numerous coins with birds of prey from the continent. Among those many beautiful designs is the White Falcon. Right now, 2016 1/4 oz Canadian Gold White Falcon Coins are available to purchase online from JM Bullion.

Known officially as the gyrfalcon, this bird of prey is the largest of the falcon species. Found throughout the northern reaches of North America, Europe, and Asia, the White Falcon species breeds along the coastal regions of the Arctic Ocean on all three continents. As with many other species of falcon, the female White Falcon is often larger than the male.

All 2016 1/4 oz Canadian Gold White Falcon Coins in this product listing come to you in Brilliant Uncirculated condition. The coins are housed in protective packaging or inside of individual sealed packages from the Royal Canadian Mint. The coins feature the radial lines used on the background of all Canadian bullion coins starting in 2015.

On the obverse side of 2016 Canadian Gold White Falcon Coin is the fourth-generation image of Queen Elizabeth II used on Canadian coinage. The design was created in 2003 by Susanna Blunt and is the first image of a British monarch on Canadian coinage since that of her father, George VI, to depict the monarch without a crown.

The reverse face of 2016 1/4 oz Canadian Gold White Falcon Coins includes the one-time design of a powerful falcon in flight. The White Falcon depicted here has its wings spread wide below its figure as it flaps them, with a flat background surface save the radial lines around the outer edge of the design field. Engravings include the nation of issue, date of issue, weight, purity, and metal content.

Founded in 1908, the Royal Canadian Mint granted Canada independent control over its coinage and refining as it slowly moved toward full independence from the United Kingdom following its confederation in the mid-19th century.

If you have any questions, please feel free to reach out to JM Bullion. You can call us on the phone at 800-276-6508, chat with us live online, or email us directly.