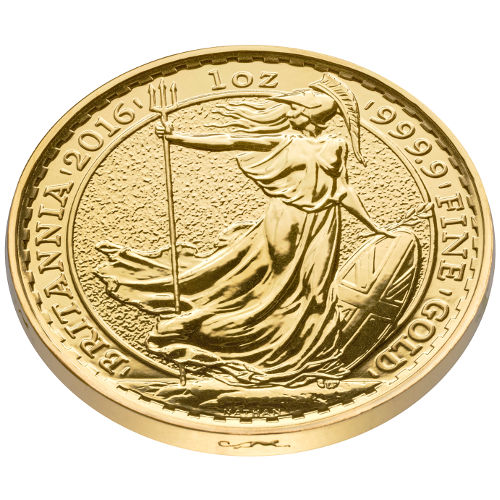 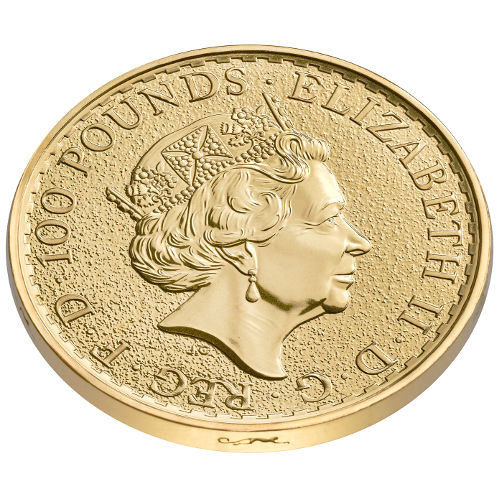 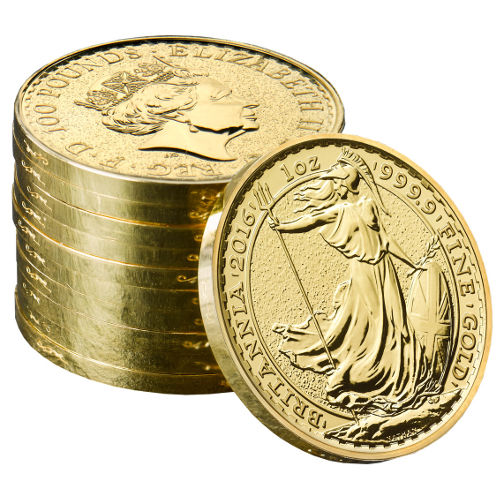 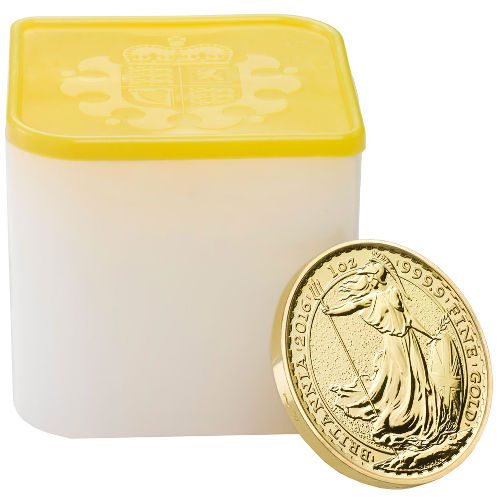 The Royal Mint first introduced a privy mark on the edge of its Britannia coins in 2013. A Year of the Snake privy mark was on the edge of the 2013 Silver Britannia, which was produced in collaboration with A-Mark Precious Metals, a private refinery in the United States.

Each of the 2016 British Gold Britannia coins in this product listing have Brilliant Uncirculated grades. Coins in BU condition exhibit no signs of wear and tear, but also feature breaks in the luster, spotted surfaces, or contact marks.

On the reverse of the coin is the image of Britannia, the fabled guardian of the British Isles. The obverse face of the coin features the latest fifth-generation right-profile portrait of Queen Elizabeth II, created in July 2015 by British artist Jody Clark. At 33 years old, Clark is the youngest artist to create an effigy of Her Majesty for British coinage.

If you have any questions about these exciting coins, please feel free to reach out to us at JM Bullion. You can reach us at 800-276-6508, connect with us online through our live chat, or send us an email.

Robert from CA - September 23, 2016
"I always wanted a gold Britannia. When I saw this coin and the mintage of just 4,500 I had to get one. JM Bullion had the for $1,384.00 any quantity a couple of weeks ago. They where priced at least $100.00 less than the next lowest price available online. They since have increased the price but it goes to show you some of the amazing deals that can be found on JM Bullion. I recieved my order promptly as expected and it was in great condition. Thanks JM Bullion."