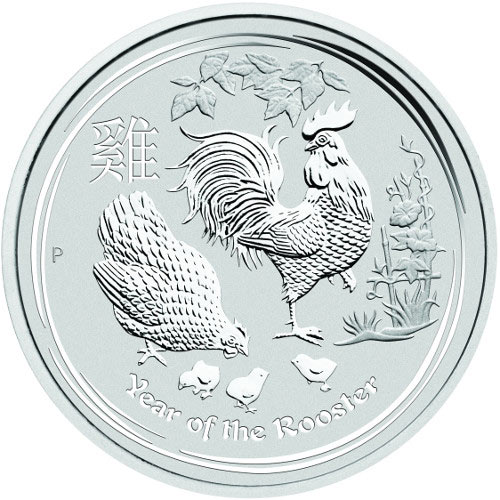 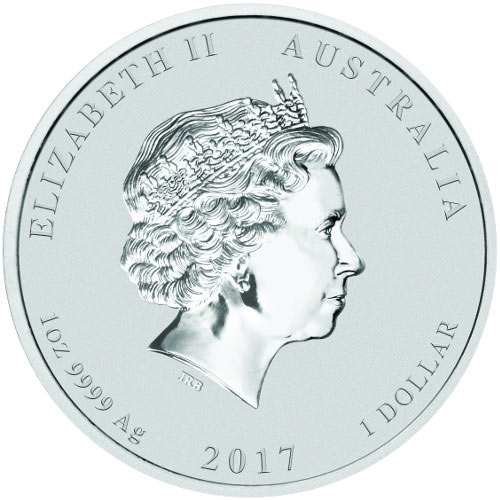 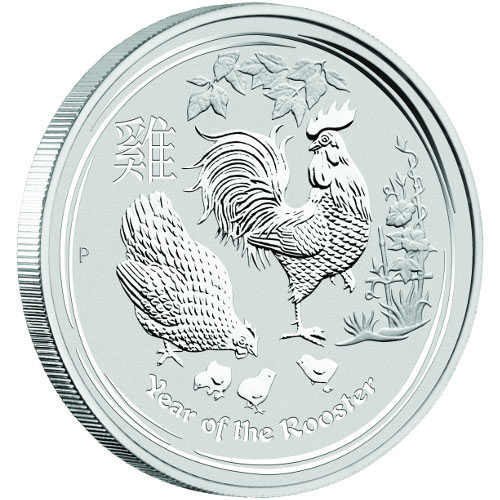 The Lunar Series II coin program from the Perth Mint is not only the most popular lunar-calendar-themed series in the world, it also marks the continuation of the world’s first-ever lunar series. Today, the Perth Mint rolls on with its popular program through its second series of designs. Today, the 2017 1 oz Australian Silver Rooster Coin is available in BU condition from JM Bullion.

Each of the 2017 1 oz Australian Silver Rooster Coins in this JM Bullion listing has a Brilliant Uncirculated grades. Coins in this BU condition show no signs of wear and tear, but you may notice minor flaws in the appearance. These flaws include breaks in the luster, spotted surfaces, or contact marks from the striking of the coins.

Lunar Series II marks the continuation of the Perth Mint’s popular lunar-themed coins. First introduced in Lunar Series in 1996, the themes based upon the Chinese Lunar Calendar. Those born under the sign of the Rooster are said to be hardworking, loyal, honest, and sociable individuals.

On the reverse of each 2017 1 oz Australian Silver Rooster Coin is the image of the Year of the Rooster design. This image features a family of chickens, which centers on the tall rooster in the center of the design, as well as a hen and several hatchlings.

The obverse of all Year of the Rooster Silver Coins includes the right-profile portrait of Queen Elizabeth II. The image used on these coins comes from Ian Rank-Broadley, who created the fourth-generation image of Her Majesty in 1998 that has been in use on many commonwealth coins since that time.

Please don’t hesitate to reach out to JM Bullion with any questions. You can contact us on the phone at 800-276-6508, connect with us online using our live web chat, or send us an email with your inquiries.