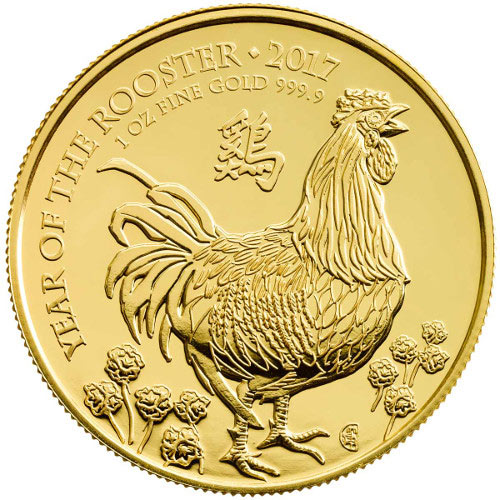 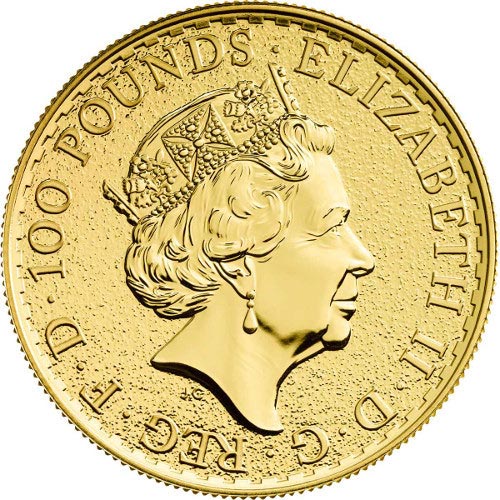 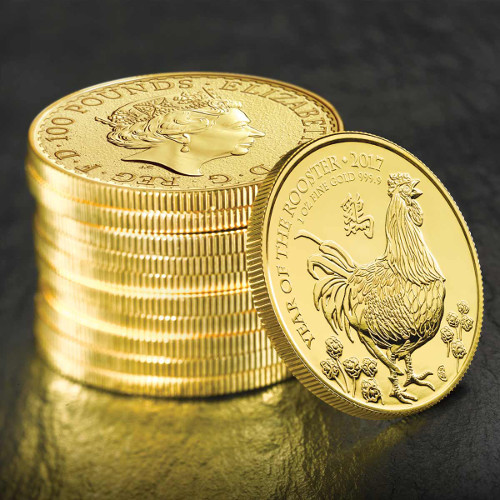 The Royal Mint of England is one of the many global mints seeking to cash in on the Zodiac-inspired craze in the precious metals industry. Inspired by the Perth Mint’s original Lunar Series (1996-2007), mints around the globe are producing their own lineup of Zodiac-themed coins. Right now, the 2017 1 oz British Gold Rooster Coin is available to purchase from JM Bullion.

This 2017 1 oz British Gold Rooster Coin is part of the Shengxiao Collection from the Royal Mint of England. These coins are created by artist Wuon-Gean Ho, a British-Chinese citizen who blends British and Chinese culture together in each unique design.

Lunar Series coins from the Royal Mint launched in 2014 with the Year of the Horse, and to date Wuon-Gean Ho has designed each of the gold and silver reverse designs used in the series. This coin represents the fourth total release in the British Lunar Series.

Ho’s new Year of the Rooster design isn’t the only new image on the 2017 1 oz British Gold Rooster Coin. Jody Clark created a brand-new right-profile portrait of Queen Elizabeth II in 2015, marking the fifth-generation image of Her Majesty to appear on British currency since 1952.

The reverse of each 2017 1 oz British Gold Rooster Coin features Ho’s unique Year of the Rooster design, which includes engravings of the year of issue, name of issue, and the Chinese symbol for rooster.

On the obverse of each British Gold Rooster Coin is Clark’s new portrait of Queen Elizabeth II. At just 33 years old, Clark is the youngest Royal Mint artist/engraver to create an effigy of the Queen for use on British coins.

The 2017 1 oz British Gold Rooster Coins available here today are Brilliant Uncirculated specimens. Each one has no signs of wear and tear, though you may notice minor flaws ranging from breaks in the luster and spotted surfaces to contact marks from the striking of the coins.

Founded in London in 886 during Alfred the Great’s reign, the Royal Mint has been the sovereign mint of the United Kingdom for more than 1,100 years. Today it is one of the world’s foremost minting facilities.

If you have questions, please don’t hesitate to ask. JM Bullion customer service is available at 800-276-6508, online using our live web chat, and via our email address.