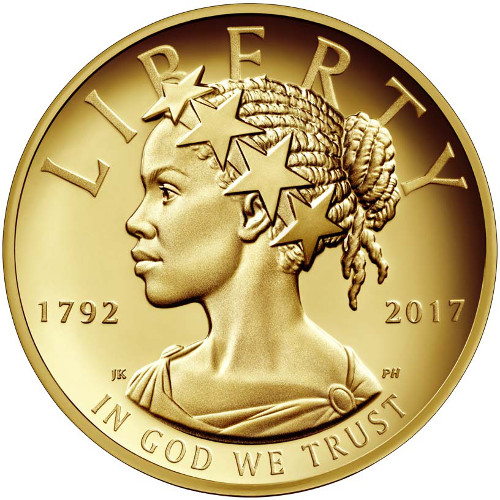 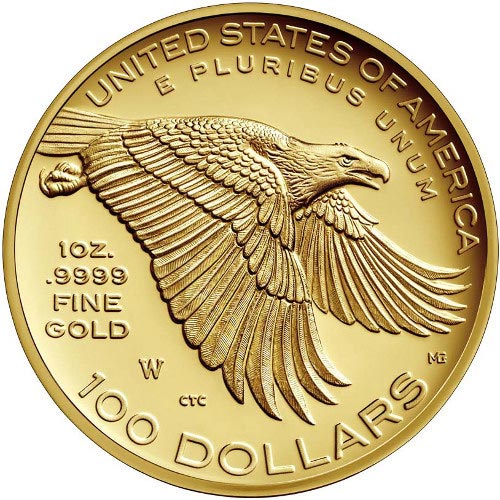 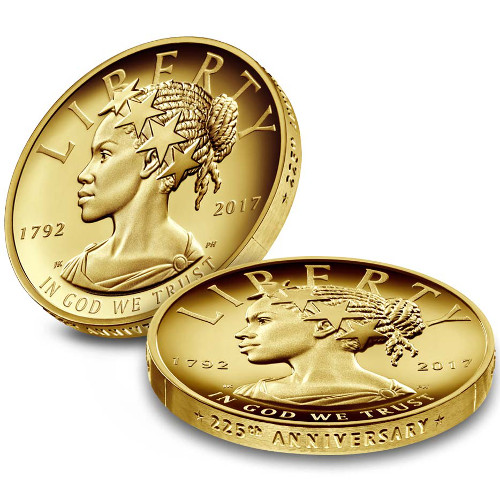 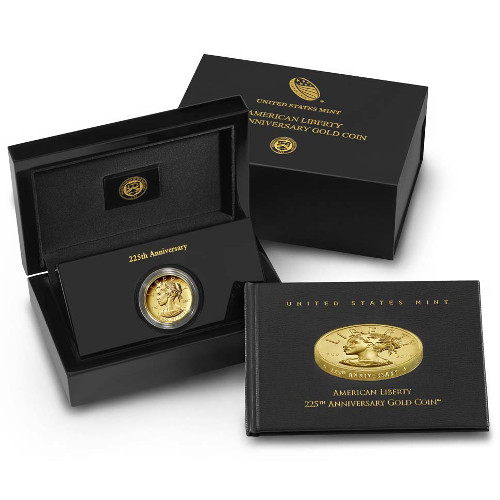 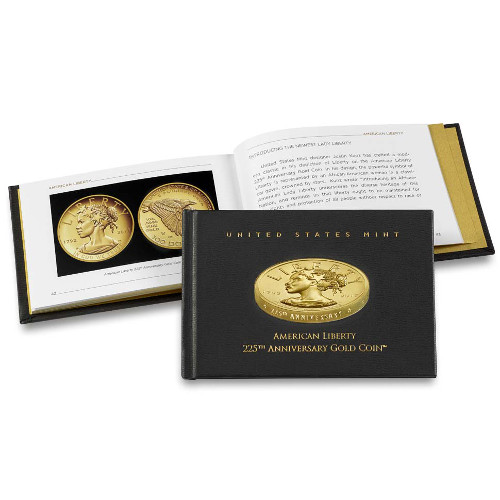 2017 marks the 225th anniversary of the founding of the United States Mint, and the mint is celebrating with a brand-new 24-karat gold coin featuring Liberty as she has not been portrayed to date on an American coin. Like many other American coins, Liberty and the bald eagle represent the nation on this gold coin, but at the same time this is an all-new concept for American coinage. The 2017-W 1 oz Proof American Gold 225th Anniversary American Liberty Coin is available to you online today from JM Bullion.

The 2017 American Liberty Gold Coin is the first in a series of .9999 pure 24-karat gold coins that will be released by the United States Mint in the years to come. Each one will feature a new depiction of Liberty.

This depiction of Liberty as an African-American woman is the first, with those to follow later depicting contemporary forms of Liberty as an Asian-American, Hispanic-American, and Indian-American. The coins are due out from the United States Mint on April 6, 2017, but there is no known information yet regarding the mintage levels.

On the obverse is the left-profile portrait of Liberty with African-American features. Instead of the traditional use of a wreath of laurels for her crown, this Liberty wears the crown of stars found on the Statue of Freedom atop the dome of the U.S. Capitol building in Washington DC. This design was created by Mint Artistic Infusion Program Designer Justin Kunz and sculpted by Mint Sculptor-Engraver Phebe Hemphill.

The reverse of the coin is the powerful image of an American bald eagle flight. You’ll note every facet of the bird’s feathers visible and it sharp eyes keenly watching the horizon as it flies through the coin’s design field. The reverse field has its own set of creators, with Mint Artistic Infusion Program designer Chris T. Costello creating the image and Mint Sculptor-Engraver Michael Gaudioso bringing it to life.

Each of these 24-karat gold coins are struck in high-relief by the West Point Mint, and features just the second-ever use of edge lettering on a US coin, with “225th Anniversary” on the coin’s edge flanked by stars.

JM Bullion customer service is available to answer questions at 800-276-6508, chat live online, or respond via our email address. Don’t forget you can also check gold and silver prices today, or anytime, on our website!