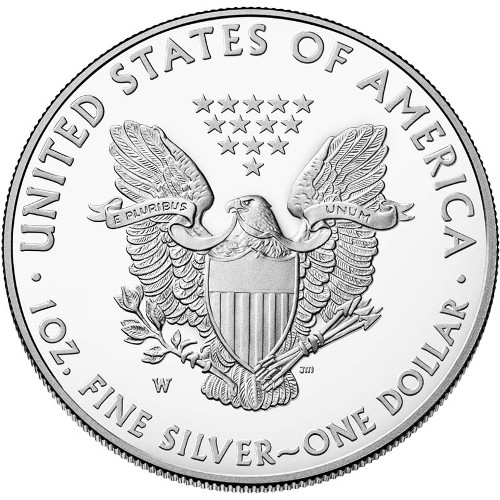 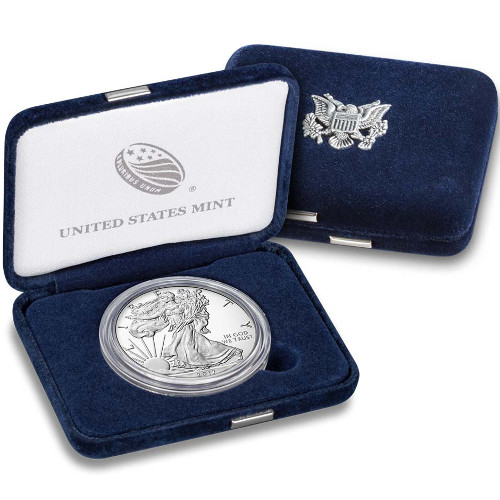 The American Silver Eagle is the most important annual release from the United States Mint, generating millions of units sold across the bullion, proof, and uncirculated versions. After a successful celebration of the coins 30th anniversary in 2016, the US Mint now releases the 2017 issue of the popular silver coins. The 2017-W 1 oz Proof American Silver Eagle Coin is available to you now online from JM Bullion.

Silver Eagle coins are produced on an annual basis at the United States Mint. Introduced in 1986 with bullion and proof versions, the uncirculated option came online for collectors in 2006 on the 20th anniversary of the coins first year of issue.

Throughout the coin programs three decades in existence, the proof coin has proven immensely popular with collectors. During its 30 years of existence, only in 2009 was the Proof Silver Eagle not produced by the United States Mint. At that time, intense demand for the bullion coins resulted in a shortage of silver planchets and minting capacity.

On the obverse of all 2017 1 oz Proof American Silver Eagle coins youll find the image of Walking Liberty. Created in 1916 by Adolph A. Weinman, it is widely regarded as one of the nations finest designs ever. Featured walking toward the setting sun with the American flag draped over her shoulders, Walking Liberty is designed to depict the nations drive toward a brighter future.

The reverse of all American Silver Eagle coins includes the heraldic eagle of the United States. This design has featured on American coinage at various times throughout the history of the country, dating back to the first coins released by the Philadelphia Mint in 1794. This is the latest design, created by then-US Mint Chief Engraver John Mercanti in 1986.

All 2017-W 1 oz Proof American Silver Eagle coins in this listing arrive in their original blue-velvet, satin-lined presentation cases from the United States Mint. Included with your purchase is a numbered Certificate of Authenticity as well. All Proof Silver Eagles are, by law, produced at the West Point Mint in the US Mint system.

We encourage all JM Bullion shoppers to contact us at 800-276-6508. You can also email us directly or chat with us live on the web. Feel free to visit our website at any time to research the price of silver per ounce.