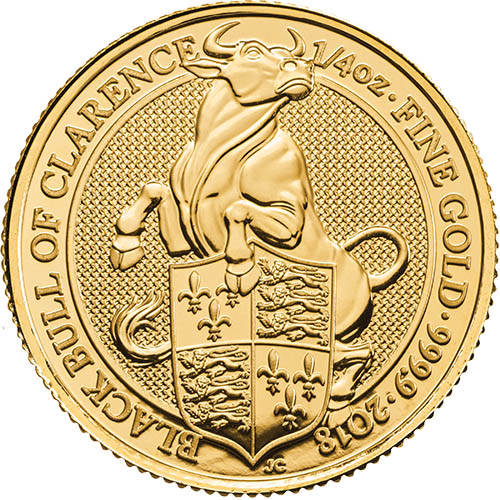 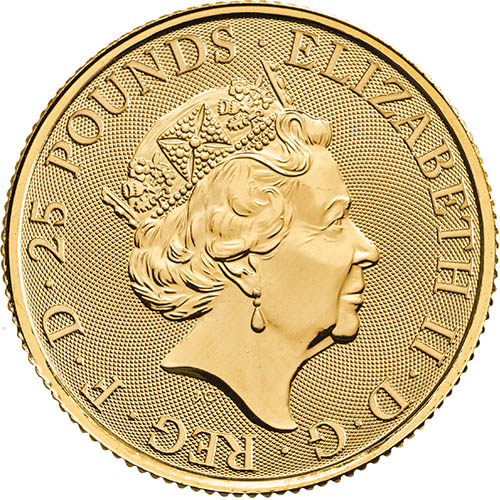 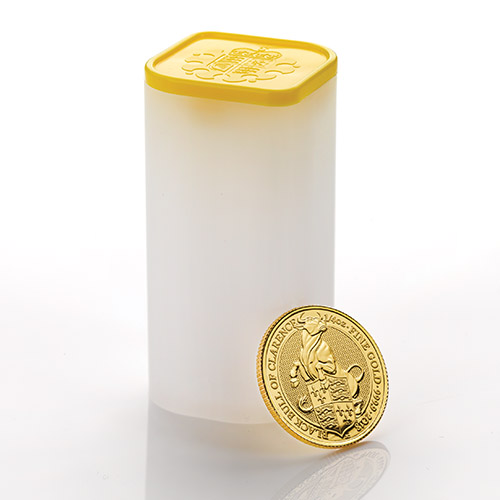 The Black Bull of Clarence has one of the most complex histories among the many heraldic beasts used in British history. Used by King Edward IV, the first king from the House of York, the bull was a symbol of power and often paired with a royal arms that touted Edward III’s claims to the French throne. The 2018 ¼ oz British Gold Queen’s Beast Black Bull Coin is now available to you for purchase online from JM Bullion.

Edward IV came to power in England when the House of Lancaster is tumult under the rule of Henry VI. Edward overtook Henry VI and sat on the throne of King of England, with the latter ruler escaping to Scotland. Henry VI briefly reclaimed his throne, only to defeated in battle by Edward IV and later executed at the Tower of London.

As King of England, Edward IV often used the bull as a powerful symbol in his Royal Arms. Edward IV made his claim to the British throne as the great-grandson of Roger Mortimer, who was a descendent of the Duke of Clarence, giving the Black Bull of Clarence its full name in heraldry.

On the reverse of all 2018 ¼ oz British Gold Queen’s Beast Black Bull Coins is the image of the Black Bull of Clarence. The Bull is the first heraldic beast from the first king in the House of York, and was used over 200 years with a Royal Arms design that featured a shield of four quadrants. In two quadrants are the traditional golden lions of England. In the other two quadrants, the lilies of France which were added by Edward III to supper his claim to France’s throne as well.

The obverse of the Gold Queen’s Beast Black Bull Coin bears the portrait of Queen Elizabeth II. Created in 2015 by Jody Clark, a Royal Mint Engraver, this design is the fifth-generation effigy of Her Majesty on British coinage. All 10 beasts in the Queen’s Beast Series stood guard at the doors of Westminster Abbey in 1953 when Elizabeth II was crowned Queen of England.

Your purchase of a 2018 ¼ oz British Gold Queen’s Beast Black Bull Coin offers you a coin in BU condition. Coins in BU condition show no signs of wear and tear, but may feature minor flaws ranging from breaks in the luster and spotted surfaces to contact marks.

We encourage JM Bullion customers to contact us with questions about buying gold. You can call us at 800-276-6508, chat with us live online, or email us directly.