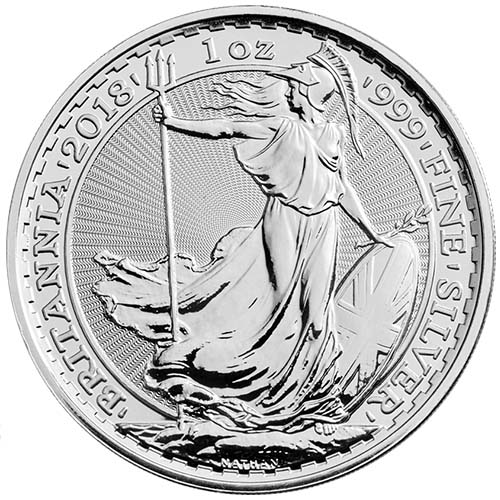 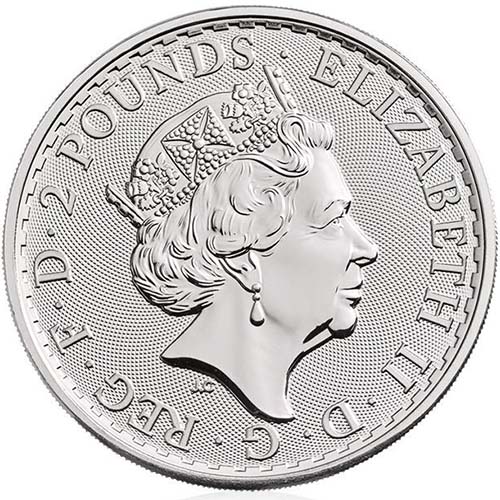 The Britannia is a symbol of the pride and strength of the people of Britain. First used to describe the territory during the height of the Roman Empire, today Britannia is a mythical symbol representing a powerful goddess watching over the people of the British Isles. Right now, the 2018 1 oz British Silver Britannia Coin is available to purchase online from JM Bullion.

Each 2018 1 oz British Silver Britannia Coin in this listing is in BU condition. Coins in BU condition exhibit no signs of wear and tear, but may feature minor flaws ranging from breaks in the luster and spotted surfaces to contact marks. These stem from the coining process at the mint.

Silver Britannia coins celebrated their 20th anniversary release in 2017, with the Royal Mint issuing the coins with unique trident privy marks commemorating the date. Britannia may be a few decades old on official bullion coinage for Britain, but her name and image have a history dating back two millennia on the British Isles.

Britannia was the name commonly used by the Romans as the empire expanded its reach off of mainland Europe and onto the islands of Ireland and Britain. Overtime, Britannia became more commonly associated with a goddess known to protect the people of the British Isles from invaders.

On the reverse of the 2018 1 oz British Silver Britannia is the image of the island’s namesake goddess. Britannia stands tall and proud at the southern tip of England, her stare turned out over the English Channel toward would-be invaders coming from Europe. Her Corinthian cap symbolizes strength, while the trident she wields represents her control over the waters. In her left hand, a shield she uses to protect the lands has the Union Jack emblazoned upon it.

The obverse of all British Silver Britannia Coins includes the effigy of Queen Elizabeth II. British coins have long featured the ruling monarch on the obverse. Through Elizabeth II’s long reign, her image has been regularly updated. This is the fifth-generation right-profile portrait that was created in 2015 by Jody Clark, a Royal Mint engraver.

If you have any questions about these silver coins, please don’t hesitate to ask. JM Bullion associates are available at 800-276-6508, online using our live chat, and via our email address.

John from NH - July 04, 2018
"Great coins with proof like finish. The only downside is that the reeded edge is not as good as the Silver Eagles as it has a slight bit of extra material and can be sharp. Other than that i really like the design of the coins and will buy more. "