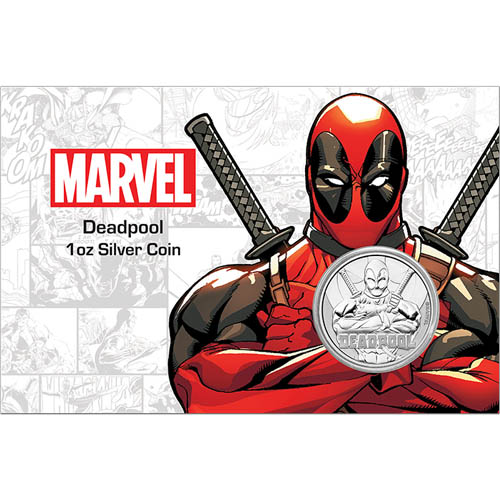 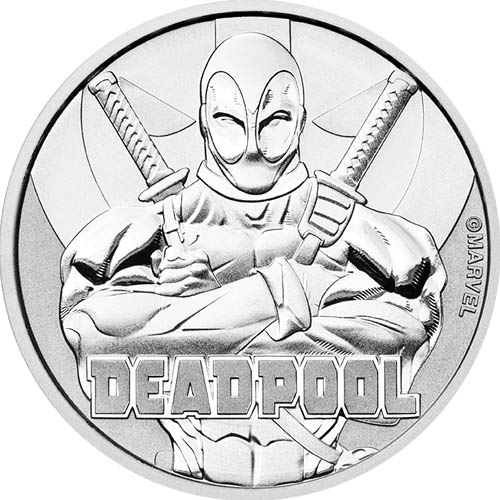 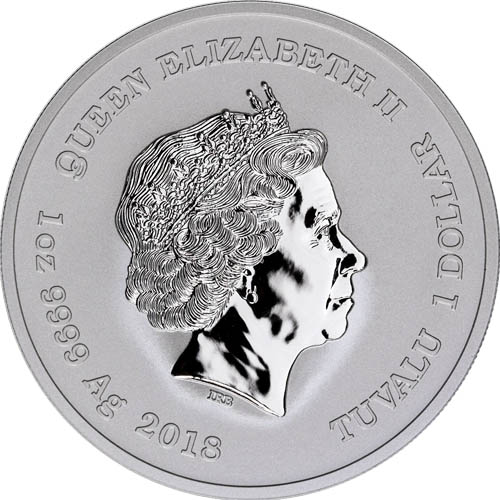 The Marvel Comic Universe only has so much room for good, upstanding citizens and superheroes. Some of the characters to feature in Marvel Comics pursue their own interests and do so with a twist of edgy language. Deadpool offers just such a balance to the Marvel Comic Universe with his anti-hero persona. Today, 2018 1 oz Tuvalu Deadpool Marvel Series Silver Coins are available to you online from JM Bullion.

The 2018 Tuvalu Deadpool Silver Coins was the fourth design issued in 2018 and the fifth overall in the silver bullion collection. While the total mintage for this release was 50,000 coins, as with the other coins in the collection, it is available to you today in a limited-issue package.

All 2018 1 oz Tuvalu Deadpool Marvel Series Silver Coins in this listing are in Brilliant Uncirculated condition. The coins are housed individually inside of sealed blister pack cards that include artwork depicting Deadpool from the comics on the obverse and offering print that identifies the coins weight, purity, metal content, date, and total mintage on the other side.

Deadpool was introduced to Marvel Comics by writer Fabian Nicieza and artist Rob Liefeld. When Deadpool first appeared in February 1991, he was actually portrayed as a supervillain. Over time, however, the character evolved into an anti-hero with a crude sense of humor.

On the reverse of 2018 1 oz Tuvalu Deadpool Marvel Series Silver Coins is a depiction of Wade Winston Wilson, better known as he fought crime by night as Deadpool. His figure is obscured by his suit and mask with two swords slung across his back. Wilson is a disfigured mercenary who possesses the superhuman capability to heal faster from injuries, though his face remains disfigured from a previous accident.

The obverse of 2018 Tuvalu Deadpool Marvel Series Silver Coins includes the effigy of Queen Elizabeth II. Her Majesty is featured here in right-profile relief in a design Ian Rank-Broadley created in 1998 for the Royal Mint of England. Though English and Australian coins no longer feature this portrait of the Queen, it is still the popular choice for Niue and Tuvalu coins.

Please feel free to reach out to JM Bullion with your questions. You can call us on the phone at 800-276-6508, chat with us live online, or email us directly.