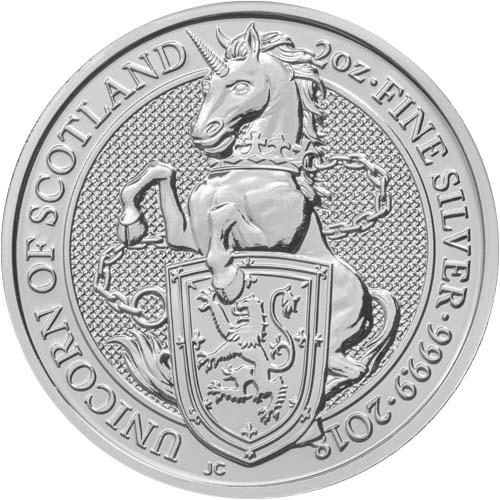 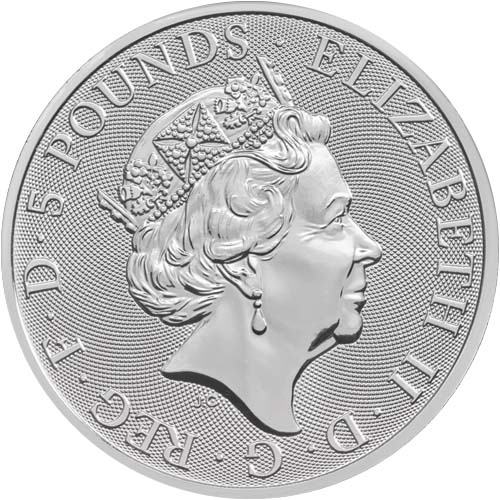 One of the more unique options with each new release in the British Queen’s Beast Series is the 2 oz silver bullion coin. When the series debuted in 2016, the 2 oz silver coin offered in the collection was the first-ever coin of its weight and type from the Royal Mint. The fourth coin in this series is now available, with the 2018 2 oz British Queen’s Beast Unicorn Silver Coin listed for sale on JM Bullion.

The Queen’s Beast Series of gold and silver coins from the Royal Mint celebrates the 10 statues that appeared on the 1953 official coronation ceremony of Queen Elizabeth II. Inside Westminster Abbey on that day, 10 statues were featured that bore importance to the heraldry of the United Kingdom.

Included in the array of statues was the Unicorn of Scotland. A mythical beast that many believed had the powers of healing, this horned horse was chosen by William I (William the Lion) in the Scottish coat of arms starting in the 12th century. William I reigned as King of the Scots from 1165 to 1214, holding the second-longest reign in Scottish history behind James VI.

On the reverse of the 2018 2 oz British Queen’s Beast Unicorn Silver Coin is the image of the Unicorn of Scotland. This design depicts the unicorn standing on its rear legs with its front hooves dangling over the royal badge of England, which includes an image of the Lion of England upon its surface.

Each 2018 2 oz British Queen’s Beast Unicorn Silver Coin is available to you in BU condition. Coins in this condition have no signs of wear and tear, though minor flaws are a possible result of the striking process. These flaws are limited to breaks in the luster, spotted surfaces, and contact marks.

We encourage JM Bullion customers to reach out to us with questions. You can contact us on the phone at 800-276-6508, chat with us live online, or simply send us your inquiries via email.