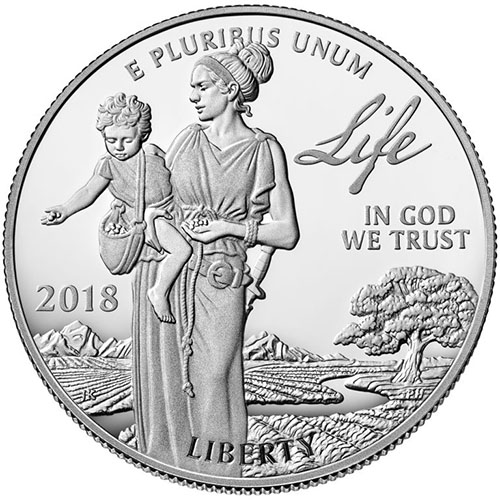 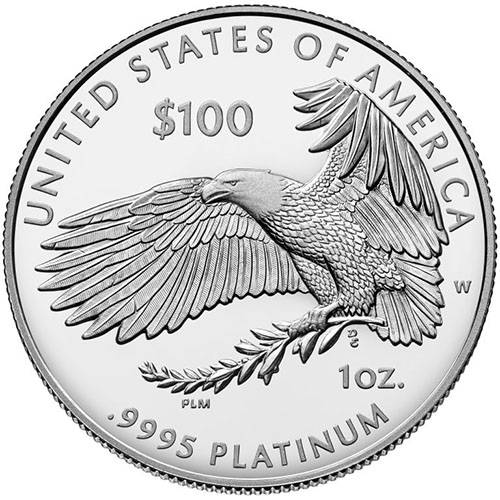 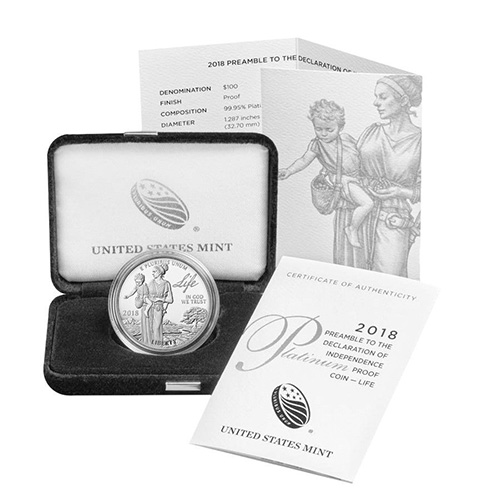 The 2018 Proof American Platinum Eagle Coin is the first design in a new three-year series of coin designs from the United States Mint. The coins use a different obverse design for each of the three years in the program (2018-2020), with the designs representing images depicting the Preamble of the Declaration of Independence. Right now, 2018-W 1 oz Proof American Platinum Eagle Coins are available to purchase online from JM Bullion.

The 2018 Proof American Platinum Eagle Coin is the first issue in a new three-year design reflecting the Preamble of the Declaration of Independence. When the Founding Fathers wrote the Declaration of Independence, they declared that we hold these truths to be self-evident, that all men are created equal, that they are endowed, by their Creator, with certain unalienable rights, that among these are Life, Liberty, and the pursuit of Happiness.

On the obverse of 2018-W 1 oz Proof American Platinum Eagle coins, youll find a new design for the launch of this design series. Liberty is depicted holding a young child in her arms as she stands along the banks of a river in a sprawling vista that includes a mountain range in the distant background. This is the first time in the Platinum Eagle Coins history that John Mercantis Statue of Liberty design has not featured on the obverse of the coin.

The reverse side of the 2018 Proof American Platinum Eagle also features a new common design. Though various images of the bald eagle have featured on the Proof Platinum Eagle since its introduction in 1997, this new design captures an American bald eagle in flight as it clutches an olive branch in its talons. Designed by Artistic Infusion Program Designer Patricia Lucas-Morris, this is set to be a new common design for the platinum coins in the American Eagle proof series.