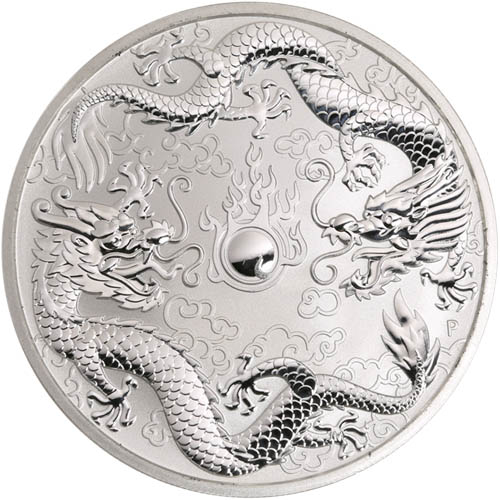 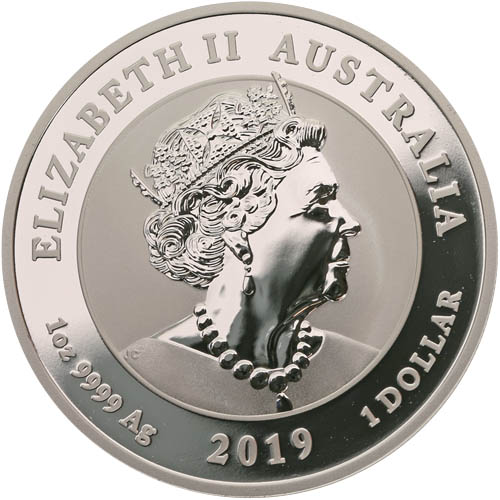 The dragon is an increasingly popular design element on Australian coinage from the Perth Mint. The dragon has been teamed with other animals in dual designs on recent releases from the Perth Mint, but this is the first time two dragons have been featured together in the shared design concept involving the flaming pearl. Today, 2019 1 oz Australian Silver Double Dragon Coins are available to you online from JM Bullion.

All 2019 1 oz Australian Silver Double Dragon Coins are available to you in Brilliant Uncirculated condition. The coins are available with individual protective capsules, rolls of 20, or boxes of 100 coins depending on your buying preference.

The role of dragons in Chinese culture goes back thousands of years. It was long associated with the Emperors of China and used as a symbol of broader imperial power. In fact, the founder of the Han dynasty claimed that he was conceived following his mother’s dream involving a dragon. However, the creature has a role in national mythology beyond its use as a symbol of power and strength.

On the reverse of 2019 1 oz Australian Silver Double Dragon Coins, you’ll find two dragons around the outer edges of the design field circling one another as they look inward at the flaming pearl. The pearl itself represents infinite wisdom and the pursuit of it is likewise representative of one’s quest for knowledge.

Beyond its role as a symbol of power, the dragon is often associated with auspicious powers. Of particular note, dragons are said to have the power to control water, rainfall, typhoons and floods. It is said that mythical dragons descended from the clouds and laid down their bodies to form the four great rivers of China.

The obverse of 2019 Australian Silver Double Dragon Coins features the sixth image of Queen Elizabeth II to grace Australian coinage. Based on Jody Clark’s 2015 design for the Royal Mint of England, this effigy of Her Majesty is a right-profile relief and depicts her neckline and shoulders on coinage in Australia for the first time since 1966.

Please feel free to reach out to JM Bullion with your questions about buying silver. You can reach us at 800-276-6508, chat with us live online, or email us directly.

Jennifer from - April 01, 2020
"I love every coin that I have collected from the Australian mint, but this one is DEFINITELY among my top two favorites! Beautifully sculpted, with a gorgeous contrast between the matte and high sheen portions of the design. "