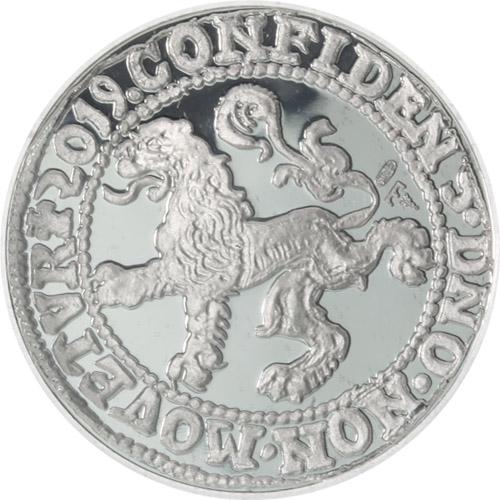 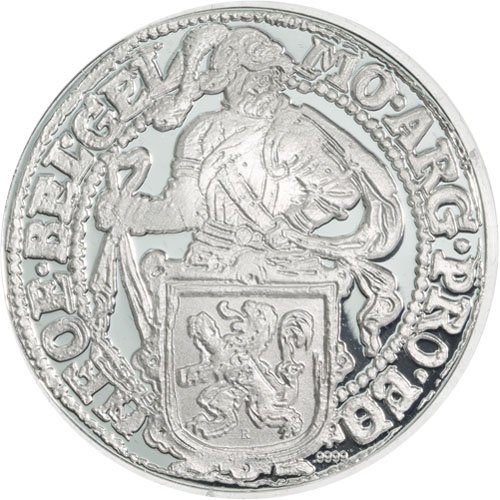 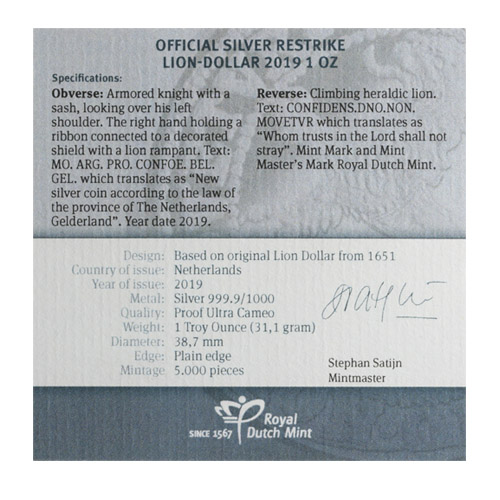 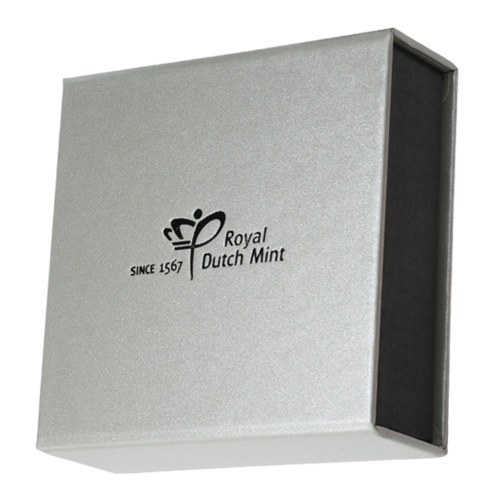 The Royal Dutch Mint is producing modern restrikes of one of the most popular Dutch silver coins of all time. The lion dollar, or leeuwendaalder, was first minted in the Holland province in 1575 and by 1651 was being issued by six of the seven Dutch provinces and other major cities in the region. Now, 2019 1 oz Proof Netherlands Silver Lion Dollar Coins are available to you for purchase online from JM Bullion.

In 1575, the province of Holland in the present-day Netherlands issued the first coin known as a lion dollar. The coins were actually produced by Holland in the midst of its independence fight and it would prove popular among other Dutch provinces. As mentioned above, within 75 years of its debut, the lion dollar was being issued in six of the seven Dutch provinces. In addition, a number of other major cities would issue the lion dollar.

The lion dollar became a global currency during the 17th century that would make its way as far around the globe as the Middle East and the Dutch East Indies. By the 1690s, the lion dollar was starting to circulate in British North America after it arrived with colonial merchants, slave traders, and pirates.

The obverse side of the 2019 1 oz Proof Netherlands Silver Lion Dollar Coin features a depiction of the rampant lion. The restrike of this 400-year-old lion design is captured by the Royal Dutch Mint in the manner it was originally issued with a rough, historic appearance to the design element.

On the reverse face of 2019 Proof Netherlands Silver Lion Dollar Coin is a depiction of a Dutch knight. The knight is featured standing in left-profile relief with its head looking back over its shoulder to the right. In front of the knight is a shield with another, more ornate rampant lion as commonly used on the coat of arms for both the Netherlands and Belgium. Inscriptions on both sides of the coin are in Dutch.

These 2019 1 oz Proof Netherlands Silver Lion Dollar Coins are available to you with a protective capsule around the coin and a presentation box from the mint. Included inside the lid of the box is a Certificate of Authenticity from the mint.

JM Bullion customer service is here to assist you at 800-276-6508. We are also available to you online using our live chat and email address features.