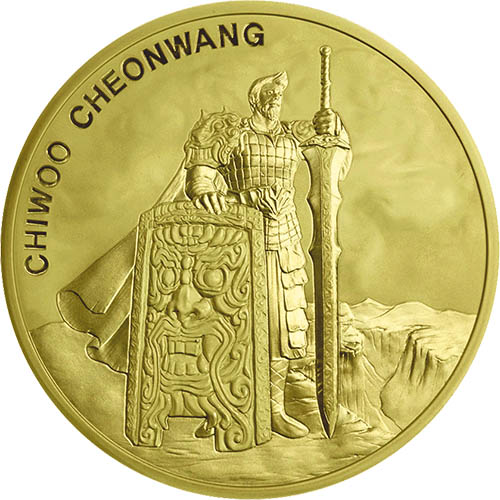 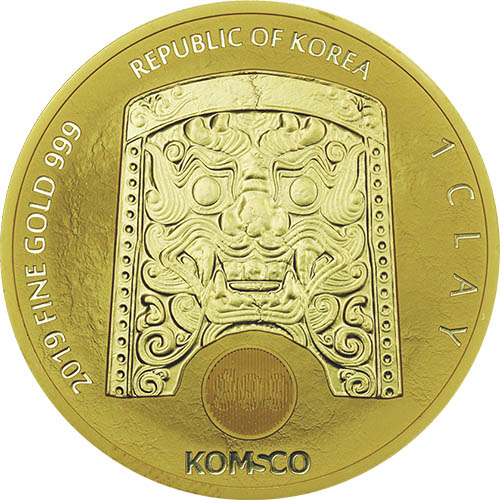 In the Chiwoo Cheonwang Series from KOMSCO, the silver and gold for sale features the likeness of the famed warrior on the reverse of bullion specimens released each year. With each new release, KOMSCO rolls out a different image of Chiwoo Cheonwang. A real-life hero in Chinese and Korean culture, Chiwoo also has many mythical abilities attributed to his feats in war. Now, 2019 1 oz South Korean Gold Chiwoo Cheonwang Medals are available for you to purchase online from JM Bullion.

The South Korean Gold Chiwoo Cheonwang Medals have had much lower mintage figures in their brief history compared to the relatively liberal mintage of the silver bullion medals. Mintage figures have slipped in recent years for both versions, with the silver medals falling from 50,000 in each of the first two years to 33,000 in the 2019 release.

However, the Gold Chiwoo Cheonwangs have seen mintage figures that typically match the date mark of the coin. For example, the 2017 release had a mintage of 2,017 medals and the 2018 release featured 2,018 medals. This year’s issue has a lower set figure of just 1,500 medals in all, putting it well below its silver counterpart. Low mintage figures combined with yet another new design make all Chiwoo Cheonwang Medals popular, particularly these Gold Chiwoos.

On the obverse side of the 2019 1 oz South Korean Gold Chiwoo Cheonwang Medals is the design of Do ggae bi. This is the common design element used on a variety of KOMSCO bullion collections. Do ggae bi is a mythical beast that was used on the shield of Chiwoo Cheonwang in battle to help strike fear into his enemies. The grotesque appearance of Do ggae bi is said to even possess the ability to ward off evil.

The reverse of 2019 South Korean Gold Chiwoo Cheonwang Medals bears the latest image of the God of War. Chiwoo Cheonwang was an ancient warlord and one of the founding fathers of Ancient China. Though he was a very real individual, many mythical powers have been assigned to him over the years. For example, it is said he could summon inclement weather and fog during battle to the benefit of his forces.

In this year’s design, Chiwoo is featured standing on the battlefield in the aftermath of victory. He has removed his helmet as he surveys the landscape, with his shield resting at his side and sword pointed down to the ground resting on its tip.