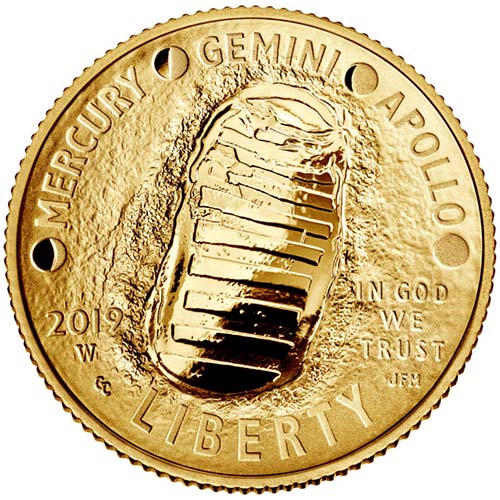 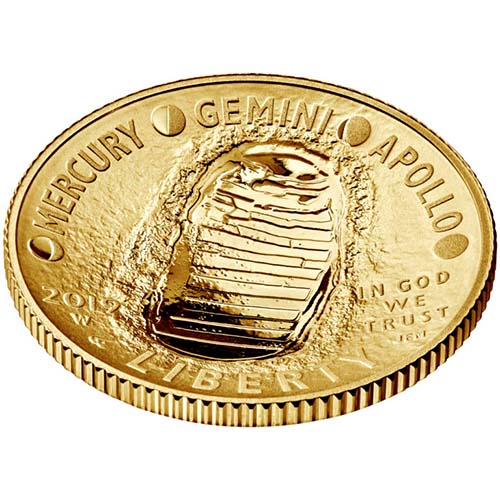 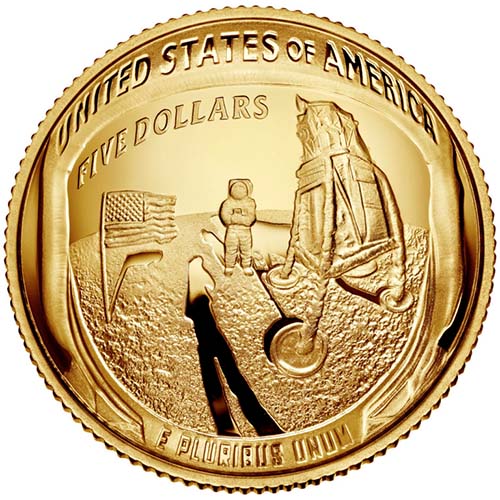 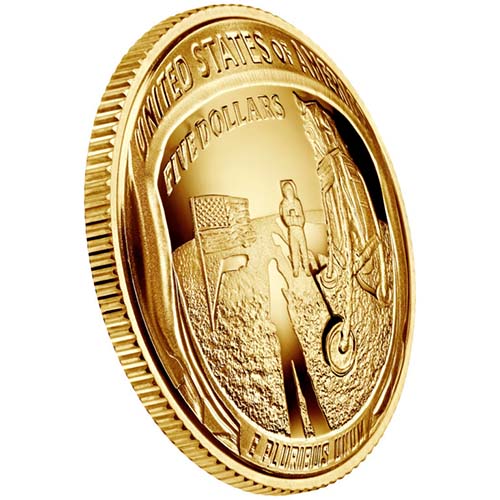 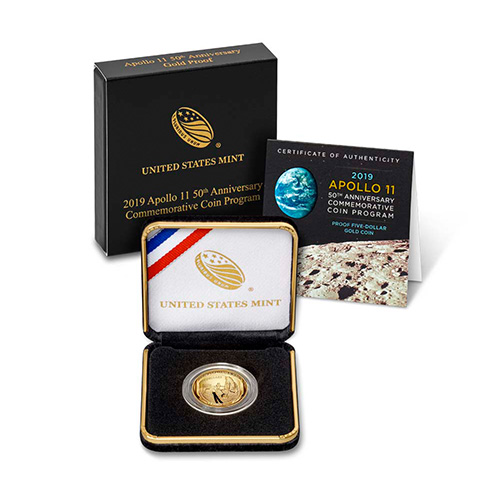 Each individual 2019 $5 Proof American Apollo 11 50th Anniversary Gold Coin in this listing is individually encapsulated and housed within a protective US Mint display box. The coins come with a Certificate of Authenticity and bear the hallmarks of a proof coin. These include frosted design elements and mirrored fields.

Apollo 11 was an eight-day mission that sent three men from NASA to the moon and returned them safely to planet Earth. The astronauts took off from Merritt Island, Florida, on July 16, 1969. The crew included command module pilot Michael Collins, lunar lander pilot Buzz Aldrin, and mission commander Neil Armstrong.

On the obverse of the 2019 $5 Proof American Apollo 11 50th Anniversary Gold Coin is the image of an astronaut’s footprint on the surface of the moon. The words “Mercury, Gemini, Apollo” are engraved along the top rim with the four main phases of the moon depicted. Other engravings include “In God We Trust,” “Liberty,” and the “W” mint mark of the West Point Mint.

The reverse side of 2019 Proof American Apollo 11 50th Anniversary Gold Coins features the image of Neil Armstrong, the lunar lander nicknamed Eagle, and the American flag all reflected in the visor of Buzz Aldrin. This design is based on an actual photograph of the same visual taken on the surface of the moon in July 1969.

These Apollo 11 50th Anniversary Coins from the US Mint are curved specimens. The obverse side has a concave, sunken surface, while the reverse features a convex, domed surface.

If you have any questions for JM Bullion, please feel free to reach out to us. Our customer service team is available at 800-276-6508, online using our live chat, and via our email address.