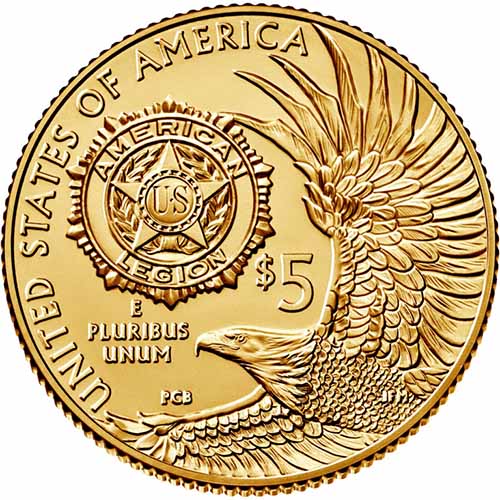 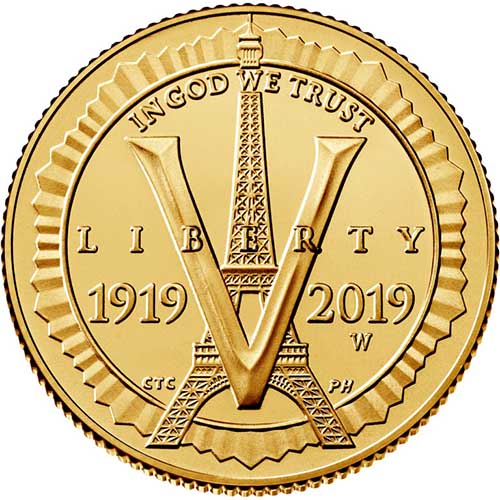 The silver and gold for sale from the United States Mint in 2019 includes a series of six coins that mark the 100th anniversary of the founding of the American Legion. Founded to focus on service to US veterans, current service members, and local communities, the American Legion has outposts across the country and in US territories overseas. The 2019-W $5 American Legion 100th Anniversary Gold Coin is currently available to you for purchase online from JM Bullion.

Following the horrors of World War I, the victorious Allies set about rebuilding Europe and providing security forces to the devastated nations of Western Europe. US soldiers from the American Expeditionary Forces were stationed throughout Europe to help stabilize local areas, and members of the force located in Paris, France, founded an organization to support the needs of US soldiers as they returned home.

The American Legion was founded at the American Club near Place de la Concorde in Paris on March 15, 1919. Over the past century, the American Legion has taken a leading role in organizing commemorative events to honor US soldiers, provide assistance at VA hospitals and clinics, and lobby on behalf of interests that involve veterans and service members.

On the obverse face of the 2019-W $5 American Legion 100th Anniversary Gold coin is a design that commemorates the organization’s founding in France after victory in World War I. The outer rim has the geometric design from the American Legion emblem. In the center, the Eiffel Tower in Paris features prominently with a “V” over it.

The reverse field of 2019 $5 American Legion 100th Anniversary Gold Coins includes a soaring American bald eagle, the symbol of the nation during times of war and peace. Included in the design field is the American Legion emblem and there are engravings of “United States of America” and “E Pluribus Unum.”

These 2019 $5 American Legion Gold Coins are available in Brilliant Uncirculated condition with capsules and US Mint box. The coins come with a Certificate of Authenticity as well.

We encourage JM Bullion customers to call us with questions at 800-276-6508. You can also connect with us online through our live chat and email address options.