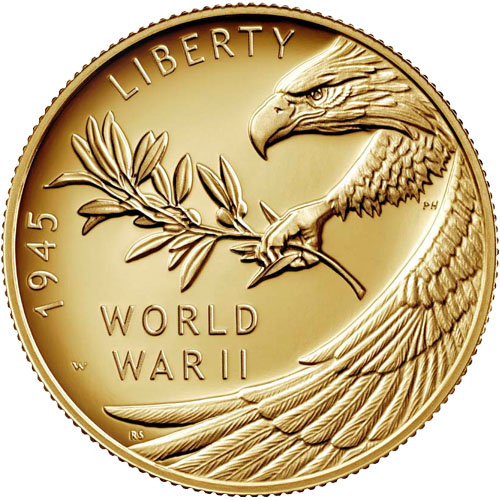 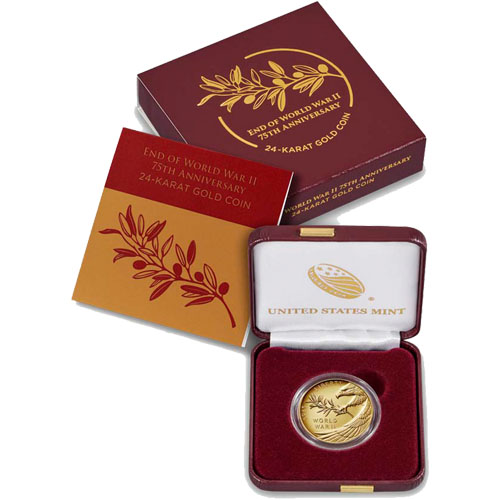 The guns of World War II fell silent at two different moments in time 75 years ago. 2020 marks the 75th anniversary of the conclusion of hostilities, with the war ending on the European continent in May 1945 and in the Pacific Theater in August 1945. To honor the 75th anniversary, the US Mint issues two specimens with a shared design commemorating the solemn moment. Today, 2020 1/2 oz End of World War II 75th Anniversary Gold Coins are available to you online from JM Bullion.

World War II was the result of a complex set of global alliances and a growth of right-wing, nationalist, and fascist parties in different nations. Though the war eventually drew in almost all of the world’s nations, the Allied and Axis Powers were led by the world’s major players of the era. The Axis Powers were led in Europe by Adolph Hitler’s Germany and Benito Mussolini’s Kingdom of Italy. In the Pacific Theater, it was Emperor Hirohito’s Empire of Japan that proved the primary threat. Countering the rising nationalism, imperialism, expansionism, and fascism, were Prime Minister Winston Churchill’s United Kingdom, Joseph Stalin’s Soviet Union, and President Franklin D. Roosevelt and the United States of America. Nationalist China’s Chiang Kai-shek was also considered a major player.

All of the 2020 1/2 oz End of World War II 75th Anniversary Gold Coins in this listing come with a protective capsule immediately around the coin and a beautiful maroon US Mint presentation box. The coin and box ship in a themed US Mint shipper with an included Certificate of Authenticity.

An American bald eagle is depicted in the obverse design of the 2020 1/2 oz End of World War II 75th Anniversary Gold Coins. This design shows the bald eagle in left-profile relief with its left wings swooping down and one of its talons clutching an olive branch.

The sun is depicted as it rises over a large olive tree branch in the reverse field of 2020 End of World War II 75th Anniversary Gold Coins. The image is based on a 1945 World War II Victory Medal from the US Mint that had a rising sun an olive branch, marking the start of a new, peaceful era. This design positions the sun at noonday marking the 75th anniversary.

Please feel free to contact JM Bullion with your questions. You can call us at 800-276-6508, chat with us live online, or email us.