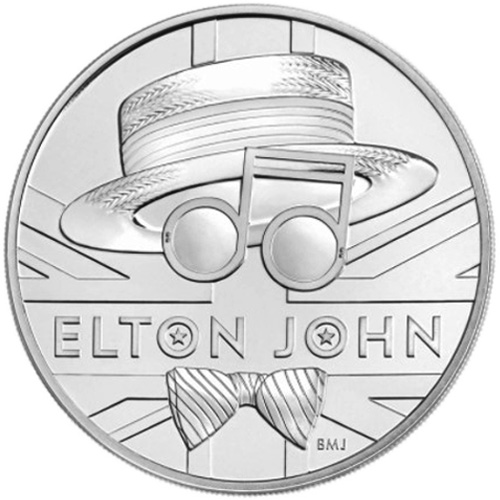 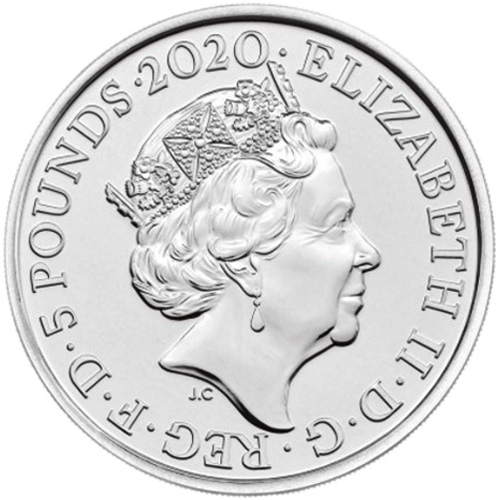 The British Music Legends Series from the Royal Mint of England celebrates the contributions of some of the greatest Britons to sing, compose, and entertain the masses around the globe. The series offers designs unique to different groups and solo artists. Following the release of the Queen coins honoring the iconic rock band, the second design celebrates one of the world’s greatest entertainers: Elton John. Right now, 2021 1 oz British Music Legends Elton John Silver Coins are available to purchase online from JM Bullion.

Each 2021 1 oz British Music Legends Elton John Silver Coin available here at JM Bullion comes with a protective plastic flip. All of the coins are in Brilliant Uncirculated condition from the Royal Mint of England. The mint issued the two BU versions of the coin, 1 oz gold and 1 oz silver, with limited mintages. These silver coins have the highest mintage at 25,000 silver coins.

Elton John was born as Reginald Kenneth Dwight in March 1947, but today he is known officially as Sir Elton Hercules John CH CBE. The CH designation represents his appointment as a Member of the Order of the Companions Honour, a title granted him in 2021. The CBE designation represents his appointment as a Commander of the Order of the British Empire, an honor bestowed upon him in 1995. As Sir Elton John, he was knighted by Queen Elizabeth II in 1998 for his charitable work around the world.

Queen Elizabeth II features on the obverse side of 2021 1 oz British Music Legends Elton John Silver Coins. Her Majesty is depicted here in right-profile relief in a fifth-generation design during her reign that was created in July 2015 by Jody Clark.

If you have any questions about these silver coins, please feel free to ask. JM Bullion customer service is available to assist you on the phone at 800-276-6508, online using our live chat service, and via our email address.