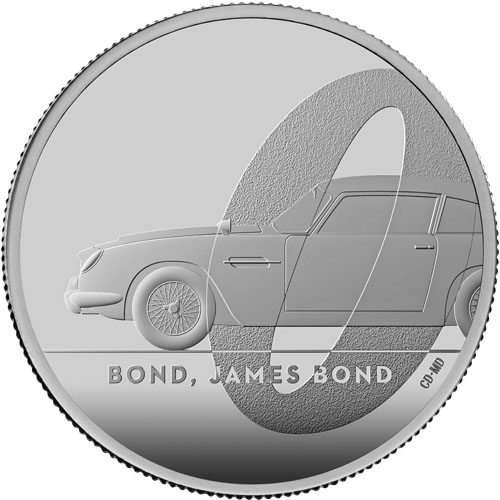 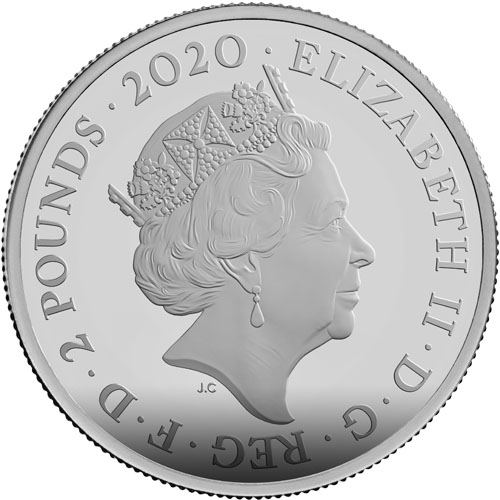 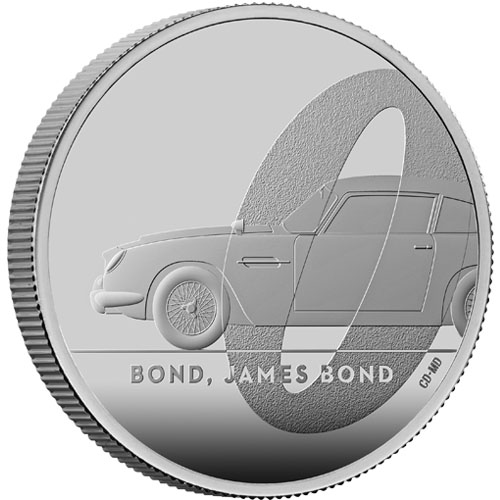 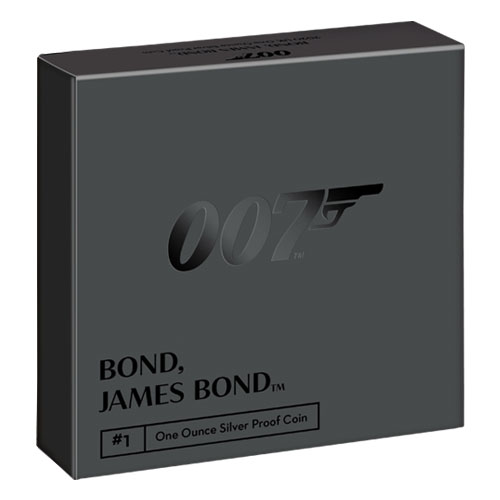 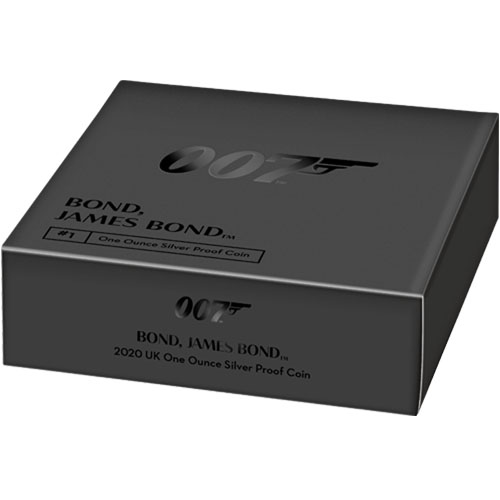 2020 marks the release of the 25th feature film in the James Bond franchise. Continuously producing new films since 1962, the franchise is one of the longest-running film collections in history and sees Daniel Craig return for a fifth time to play the role of the suave British secret agent. Today, the 2020 1 oz Proof British Bond, James Bond Silver Coins is available to you online from JM Bullion.

All of these 2020 1 oz Proof British Bond, James Bond Silver Coins are available to you from JM Bullion with the Royal Mint presentation case. The case houses exactly one coin and comes with a Certificate of Authenticity from the mint as well. Included in the COA booklet is a background story on the early James Bond films. These coins are standard proof specimens with frosted designs and mirrored fields.

Queen Elizabeth II is depicted on the obverse of the 2020 1 oz Proof British Bond, James Bond Silver Coins. Her Majesty is shown here in right-profile relief with the George IV State Diadem crown on her head. This is the fifth-generation effigy of the Queen during her reign and was designed in 2015 by Jody Clark.

A D85 Aston Martin, popularized in the early Bond films, is featured in the reverse design element of the 2020 Proof British Bond, James Bond Silver Coin. The design was created by Matt Dent and Christian Davies. The car is visible in left-profile relief driving through a giant 0 and has the series slogan, Bond, James Bond, inscribed below.

Please feel free to reach out to JM Bullion if you have any questions about this coin. You can call us on the phone at 800-276-6508, chat with us live online, or email us directly.