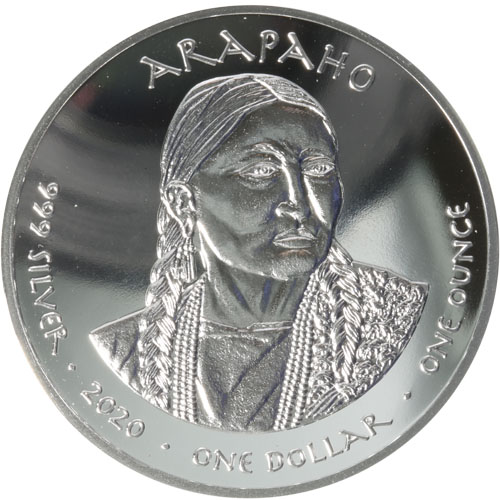 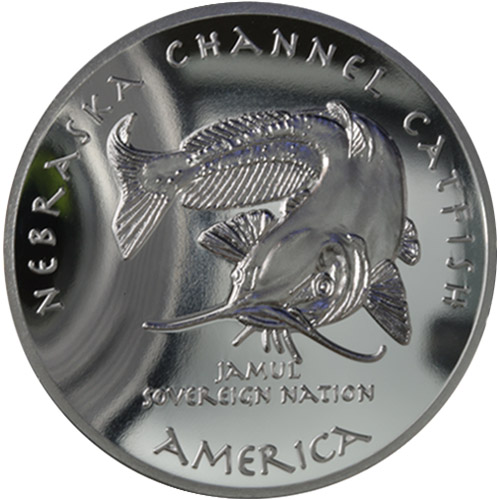 The Proof Silver Dollar Series from the Native American Mint offers designs on 1 oz silver coins that represent the various tribal nations that once lived on lands throughout North America, from the southern reaches of the United States to the US-Canada border and beyond. Right now, 2020 1 oz Proof Nebraska Arapaho Catfish Silver Coins are available to purchase online from JM Bullion.

Each 2020 1 oz Proof Nebraska Arapaho Catfish Silver Coin available here is a proof specimen that arrives in an individual plastic capsule. The coins have a beautiful satin finish on the design elements with a mirrored field. Each coin is available in brand-new condition from the Native American Mint. Though the silver coins have a 1 Dollar face value noted on the coins backed by the mint and representative nation, the coins are not legal tender in the US. Only the United States Mint has the authority to strike US Dollar denominations.

The history of the Arapaho people dates back to roughly 3,000 years ago when Arapaho-speaking people settled along the Red River Valley in what is now Manitoba, Canada, and the US state of Minnesota. Through warfare, trade, and alliances, the Arapaho would later expand into the Great Plains and spread a cultural footprint that extended from its original homelands to Colorado, Oklahoma, Nebraska, and Wyoming.

The obverse face of the 2020 1 oz Proof Nebraska Arapaho Catfish Silver Coins includes a depiction of a member of the Arapaho tribe in ceremonial dress. In the 1850s, the Arapaho split into two organized tribes of Northern Arapaho and Southern Arapaho. The total population of Arapaho people today stands at roughly 10,800.

On the reverse side of 2020 Proof Nebraska Arapaho Catfish Silver coins is a depiction of the most common and numerous species of catfish in North America. The channel catfish is represented here and is the official fish of the US states of Kansa, Missouri, Iowa, Nebraska, and Tennessee.

If you have any questions about these coins, please feel free to ask. JM Bullion customer service is available to assist you on the phone at 800-276-6508, online using our live chat, and via our email address.