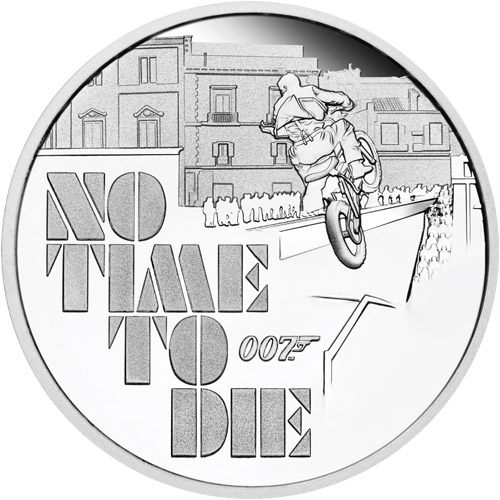 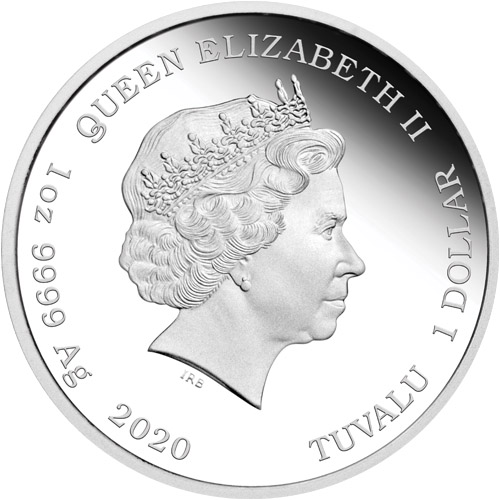 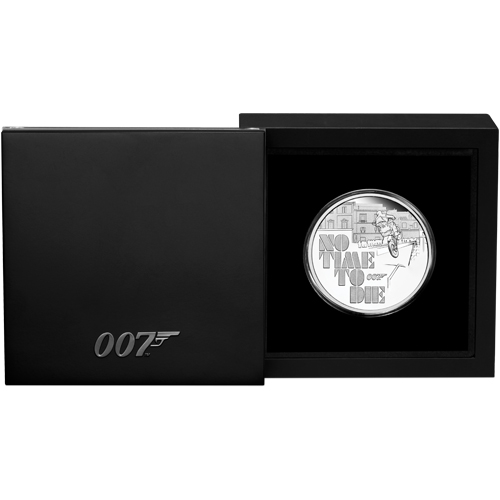 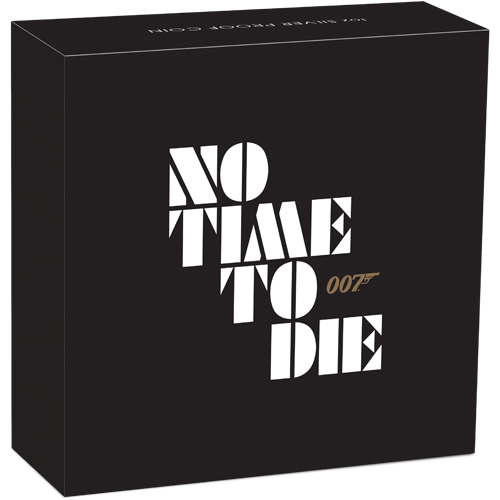 The world is waiting in 2020 for the release of the 25th James Bond feature film in the history of the iconic spy franchise. What started as a spy novel series written by Ian Fleming eventually came to the big screen in 1962 with Sean Connery in the leading role as James Bond. With the release of a new feature film on the horizon, the Perth Mint and others around the globe have released stunning bullion coin collections. Today, 2020 1 oz Proof Tuvalu James Bond Series No Time To Die Silver Coins are available to you online from JM Bullion.

Ian Fleming came up with the concept for James Bond, a fictional British Secret Service agent, in 1953. Fleming wrote a total of 12 novels and two short-story collections before his death in 1964. Following his death, eight other authors took up the Bond mantle to write subsequent, authorized stories focusing on the fictional MI6 agent.

All of the 2020 1 oz Proof Tuvalu James Bond Series No Time To Die Silver Coins in this product listing come with beautiful presentation packaging. The coins are housed inside of 007-themed boxes from the Perth Mint and feature a numbered Certificate of Authenticity. The coin, box, and COA arrive inside of a themed shipping box.

On the obverse side of 2020 Proof Tuvalu James Bond Series No Time To Die Silver Coins is a depiction of Queen Elizabeth II. Her Majesty is shown here in the popular 1998 design from Ian Rank-Broadley. The Queen is shown here wearing the Girls of Great Britain and Ireland Tiara.

The reverse face of the 2020 1 oz Proof Tuvalu No Time To Die Silver Coin includes a depiction of Bond jumping from one rooftop to another on a motorcycle in an iconic film scene. The inscription of the Bond logo and the name of the upcoming feature film are found on this side.

James Bond has been portrayed on the big screen 24 times in total prior to the upcoming release of No Time To Die. Sean Connery portrayed Bond in the first five films, and again in the seventh film after George Lazenby depicted Bond one time only in the sixth film. Roger Moore went on to portray Bond seven times in a row from 1973 to 1985. Timothy Dalton was the next to take on the role for just two films in 1987 and 1989. Pierce Brosnan brought Bond into the 21st century in four films between 1995 and 2002, with Daniel Craig now the modern face of Bond since 2006.

Please contact JM Bullion with your questions about this silver for sale. Our team is available at 800-276-6508, online using our live chat, and through our email address.