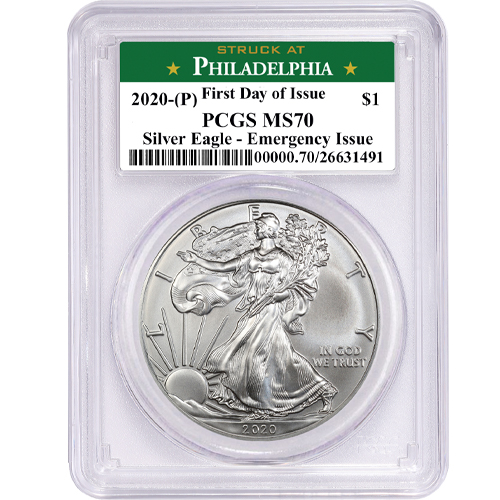 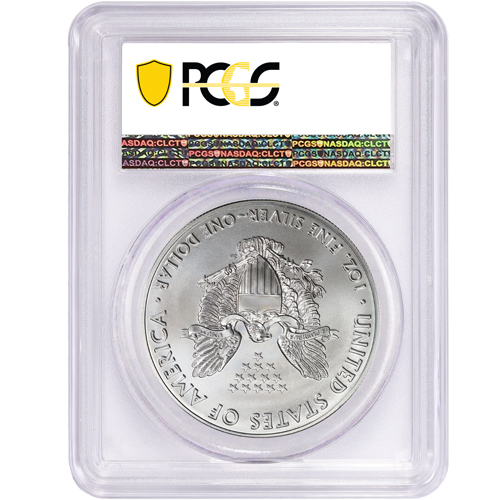 No individual coin is more popular with investors than the American Silver Eagle. The official silver bullion coin of the United States, the Silver Eagle has been available to investors in 1 oz silver with the same iconic designs each year since 1986. The 2020 release of the coin saw such an intense surge in demand by March that the Philadelphia Mint was pressed into service to provide emergency coining capacity for the series. Now, 2020-P 1 oz American Silver Eagle coins in perfect condition are available to purchase online from JM Bullion.

This intense surge resulted in the West Point Mint running out of on-hand American Silver Eagles to provide to authorized dealers for investors to purchase. On top of growing demand, the West Point Mint was forced to shut down. To meet the continued demand for 2020 American Silver Eagles, the Philadelphia Mint stepped in to provide emergency coining capacity to keep the coins rolling out to the public.

Walking Liberty features on the obverse of all 2020 American Silver Eagle coins. Her figure is captured in left-profile relief as she walks toward the sun on the horizon. She carries the branches of oak and laurel in her left hand with the American flag over her shoulders.

The heraldic eagle of the United States is on the reverse of the 2020-P 1 oz American Silver Eagle coin. In this design, John Mercanti depicts a powerful eagle with the US national shield, arrows of war, and the olive branch of peace. 13 stars are arranged in a triangular cluster above Libertys head to honor the original 13 colonies that formed the United States of America.

These 2020-P 1 oz American Silver Eagle Coins are available in perfect condition according to the PCGS. Mint State 70 coins showcase full, original mint luster and no detracting flaws. The First Day of Issue designation denotes these coins as having arrived for grading within 24 hours of being issued by the mint.

Please note that these coins do not have a P mint mark from the Philadelphia Mint. However, you will find a label in the slab that reads Struck at Philadelphia and Silver Eagle Emergency Issue.

JM Bullion customer service is available at 800-276-6508. We are also available online through our live chat and email address features.