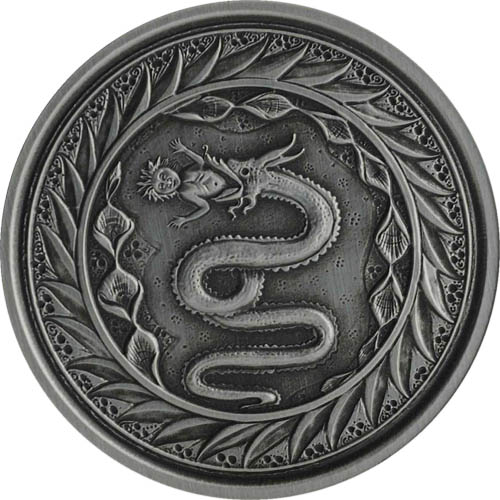 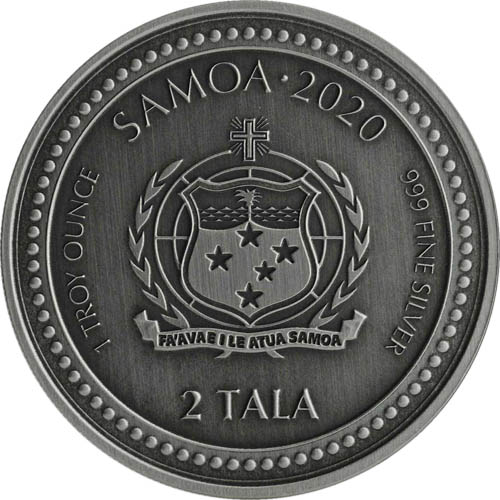 In a new silver coin series from the Scottsdale Mint, the islands of Samoa get a two-coin release with one of the oldest European heraldic designs featured on the reverse field. Available in Brilliant Uncirculated and Antique versions, the new Samoa Serpent of Milan coins are sure to move fast with low mintage figures in place. Now, 2020 1 oz Antique Samoa Silver Serpent of Milan Coins are available to you for purchase online from JM Bullion.

This latest release from the Scottsdale Mint for the Independent State of Samoa features an antique polish with the Serpent of Milan design. Antique polish is applied to BU coins to create the appearance and charm of old-world, ancient silver coins.

The Serpent of Milan, as the design is commonly known around the globe, is actually the coat of arms for the Visconti of Milan. The house of lords and dukes was originally founded in 1075 and eventually rose to power in Milan during the Middle Ages in 1277 when archbishop Ottone took control of the city from a rival family known as the Della Torre.

The Samoan crest features on the obverse of all 2020 1 oz Antique Samoa Silver Serpent of Milan Coins. Samoas crest borrows heavily from the United Nations emblem with a cross-hatched background behind the shield. The bottom half of the shield has the Southern Cross constellation as featured on the flag of New Zealand which administered the islands until independence in June 1962. Above the constellation, you will notice waves and a single coconut palm tree.

For the reverse, the Serpent of Milan image is depicted on the reverse of 2020 Antique Samoa Silver Serpent of Milan Coins. The coat of arms from the House of Visconti, the image depicts a slithering heraldic snake as it devours a small child. Also known as the biscione, the seal takes its name from the masculine version of the Italian word biscia, which translates as grass snake.

These 2020 1 oz Antique Samoan Silver Serpent of Milan Coins are available to you today in Brilliant Uncirculated condition. The coins in this listing are housed individually inside of protective capsules from Scottsdale Mint.

JM Bullion customer service is available to answer your questions as you buy silver. Call us at 800-276-6508, chat with us live online, or email us directly.