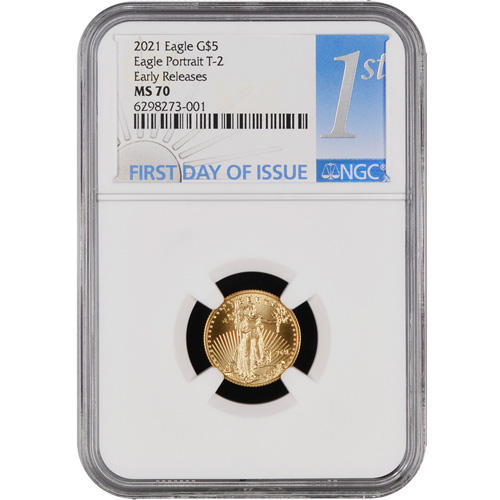 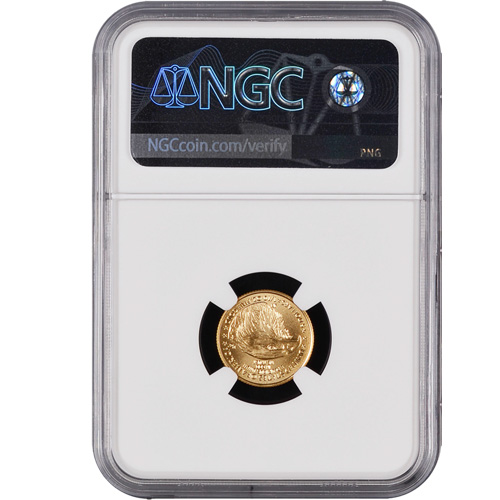 The release of the American Gold Eagle Type 2 Coin marks the start of a new era for the nations official gold bullion coin series. Since 1986, the BU, Proof, and Burnished versions of the coin have featured the same design elements on the obverse and reverse each year. For the 35th anniversary of the series, the US Mint has debuted its first-ever change to one of the primary designs. Now, 2021 1/10 oz American Gold Eagle Coins in perfect condition are available to you for purchase online from JM Bullion.

Only one prior change has been made to the design fields of the American Gold Eagle Coins. When the series debuted in 1986, the date marks found on the obverse of the coins were struck with Roman numerals. This continued through 1991. In 1992, the United States Mint switched to the use of Arabic numerals.

The new design found on the reverse of American Gold Eagle Type 2 Coins is that of an American bald eagles head. The design comes from Jennie Norris, an experienced graphic designer who has worked on product lines for some of the biggest retailers in the United States. Her design was submitted to the US Mint as part of the Artistic Infusion Program and chosen from a field of more than 30 other designs as the winning visual.

Obverse design elements on the 2021 1/10 oz American Gold Eagle Type 2 Coin include that of Lady Liberty. Set in front-facing relief, she walks toward the viewer holding a torch aloft in her right hand and an olive branch in her left. Rays of sunshine frame her figure from behind, the U.S. Capitol Building is found at her feet, and a ring of 50 stars encircles the field.

Reverse visuals on the 2021 American Gold Eagle Type 2 Coins showcase the bald eagle as never seen before in this series. The design captures the face of the bald eagle up close and with incredible levels of detail. The bird appears to be staring right at the viewer with its keen eye.

These 2021 1/10 oz American Gold Eagle Type 2 Coins have Mint State 70 certifications. Considered perfect coins, each one showcases full, original mint luster and has no detractions. The First Day of Issue indication means each coin was received by the NGC within 24 hours of release by the US Mint.

JM Bullion customer service is available at 800-276-6508. Alternatively, we are available online using our live chat and email address features.