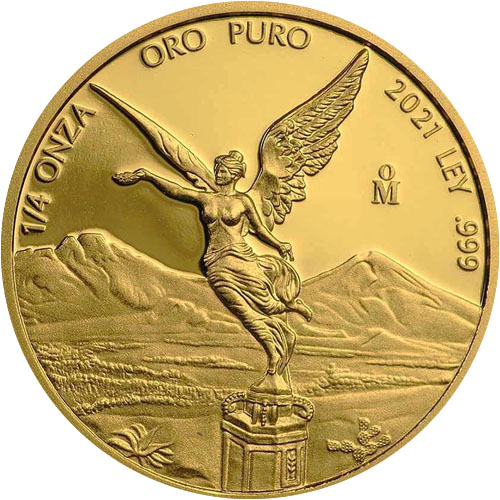 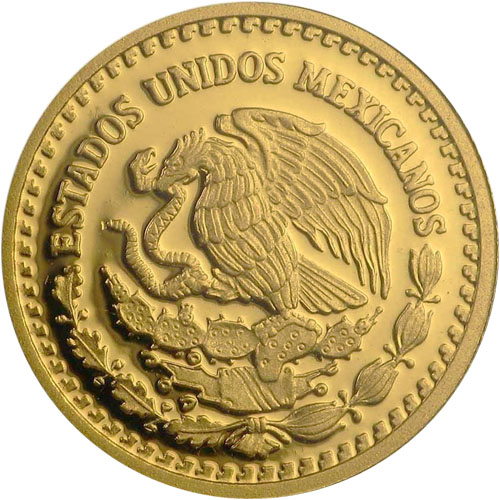 Proof Mexican Gold Libertad Coins from the Mexican Mint are offered each year in five weights. Sparsely issued before 2005, the collection has been available annually as of 2005 with weights of 1 oz, 1/2 oz, 1/4 oz, 1/10 oz, and 1/20 oz gold. Now, 2021 1/4 oz Proof Mexican Gold Libertad Coins are available to you for purchase online from JM Bullion.

In 2005, the series gained annual-release status as the Mexican Mint began striking all five weights on an annual basis. With just 450 coins available in this weight in 2021, the series now has its second-lowest mintage in history. The record low remains 250 coins, a mark initially set in 2014 and tied in 2020.

Obverse features of 2021 1/4 oz Proof Gold Libertad Coins include an image of Winged Victory. First offered on a Mexican gold coin in 1921 on the Gold Centenario, a 50 Peso piece, the Centenario design was revived in 1981 for the Gold Libertad Series and modernized with this visual element in 2000.

Reverse imagery on 2021 Proof Mexican Libertad Coins comes with the national coat of arms. The Mexican seal features a prickly pear cactus with a golden eagle perched upon its branch. The eagle is battling a serpent in the design, with an oak-and-laurel wreath around the design element.