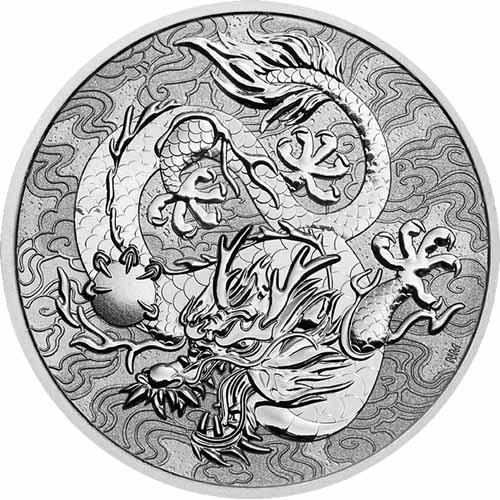 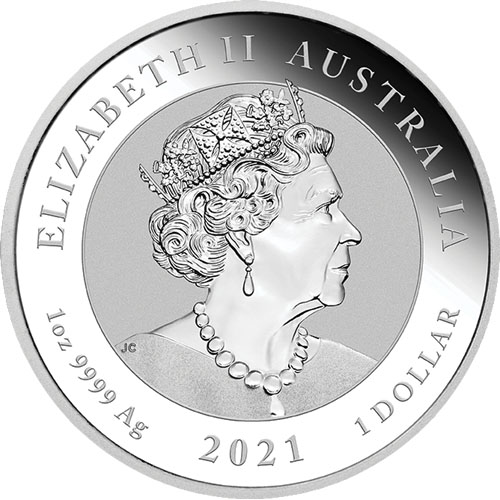 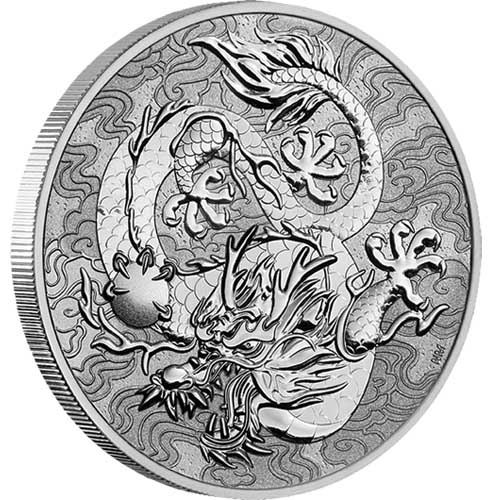 The Perth Mint’s dragon-focused designs move from its Dragon-and-Phoenix and Dragon-and-Tiger releases of the last few years to an all-new collection. The Chinese Myths & Legends collection launches in 2021 from the Perth Mint with China’s most important mythological creature, the dragon, once again leading the charge. Right now, 2021 1 oz Australian Silver Chinese Myths & Legends Dragon Coins are available to purchase online from JM Bullion.

Each of the 2021 1 oz Australian Silver Chinese Myths & Legends Dragon Coins available here comes in Brilliant Uncirculated condition. The coins in this series will ship in protective capsules for individual coin purchases, in rolls for multiples of 20 coins, or in boxes of 100 coins with a total of five rolls inside.

The new Chinese Myths & Legends Series debuts in 2021 with the image of the Chinese dragon. The dragon has featured on countless collections from the Perth Mint in recent years. This new series can trace its roots to the 2017 introduction of the Dragon-and-Phoenix bullion coins. In this new collection, the dragon features on its own on the reverse.

Queen Elizabeth II is on the obverse of 2021 Australian Silver Chinese Myths & Legends Dragon Coins. This sixth-generation effigy of the Queen was created by Jody Clark for the Royal Mint in 2015 and debuted on Perth Mint coinage in 2018. It is now the primary effigy of the Queen in use on Australian coinage and depicts the monarch at the age of 89.

A Chinese dragon is featured within its celestial realm on the reverse side of the 2021 1 oz Chinese Myths & Legends Dragon Coin. The Chinese dragon is also depicted as a serpent-like beast. In Chinese mythology, the beasts are associated with the clouds as the celestial world is considered the home of the dragon.

Founded in 1899, the Perth Mint was intended to serve as the third-and-final Royal Mint branch facility in Australia. Today, it is the oldest operating mint in Australia and is a state-owned entity of the government of Western Australia.

If you have questions when buying silver, please feel free to ask. JM Bullion can help you at 800-276-6508, online using our live chat, and via our email address.