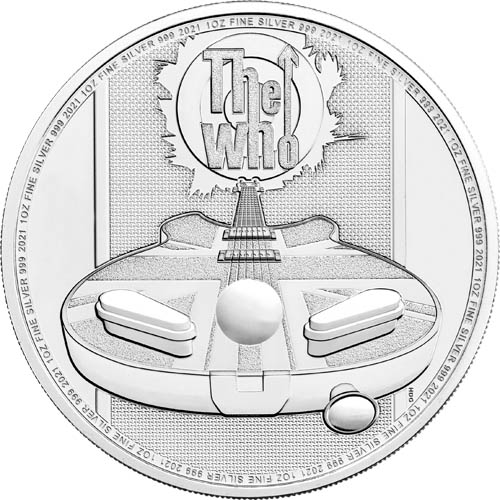 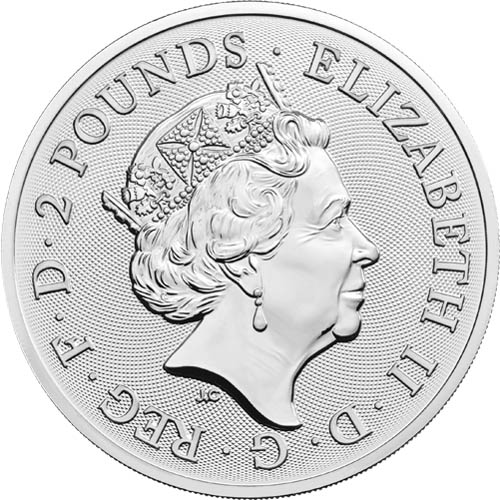 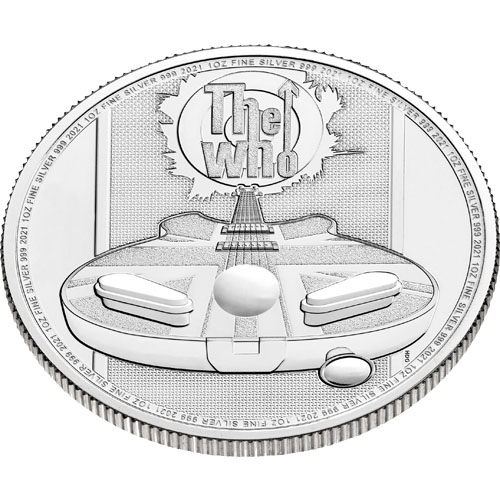 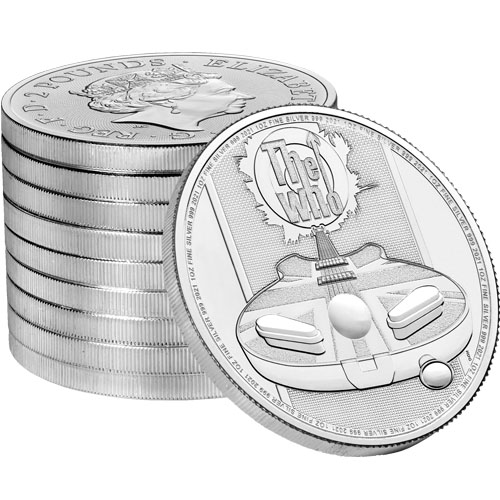 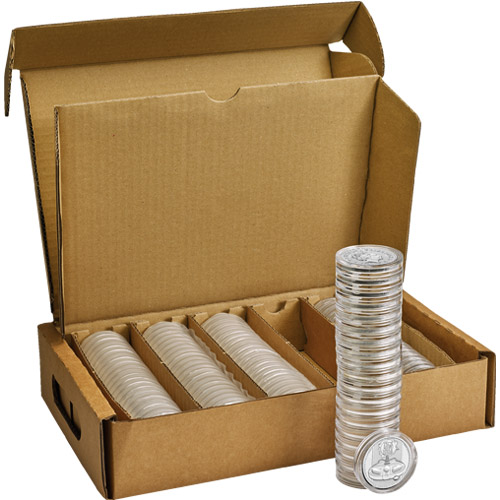 The Royal Mint’s Music Legends Series rolls on in 2021 with its fourth overall release and second coin dated 2021. Up next in the collection is one of the 20th century’s most influential rock bands, The Who. Right now, 2021 1 oz British Music Legends The Who Silver Coins are available to purchase online from JM Bullion.

Each 2021 1 oz British Music Legends The Who Silver Coin available here comes in Brilliant Uncirculated condition. The 1 oz silver coins in this series arrive with protective capsules for coins purchased individually, rolls for multiples of 20 coins, or boxes for multiples of 100 coins. The box contains a total of five rolls.

The Royal Mint has limited the mintage of the 1 oz silver BU coins in this collection to 25,000 per release. All three previous issues representing Queen, Sir Elton John, and David Bowie quickly sold out at the Royal Mint, and now The Who coin has followed suit with a rapid sell-out at the mint.

The obverse of the 2021 British Music Legends The Who Silver Coin comes with a depiction of Queen Elizabeth II. This right-profile portrait is the fifth-generation design to feature on British coins and was created in July 2015 by Jody Clark. It depicts the Queen wearing the George IV State Diadem Crown.

On the reverse side of 2021 1 oz Music Legends The Who Silver Coins is a depiction of a guitar smashing through an amplifier in the background. The body of the guitar is emblazoned with the Union Jack, Britain’s flag. At the top of the design field is the emblem for the famous rock band.

If you have any questions about this latest release in the British Music Legends Series, please feel free to ask. JM Bullion customer service is available at 800-276-6508, online using our live chat, and via our email address.