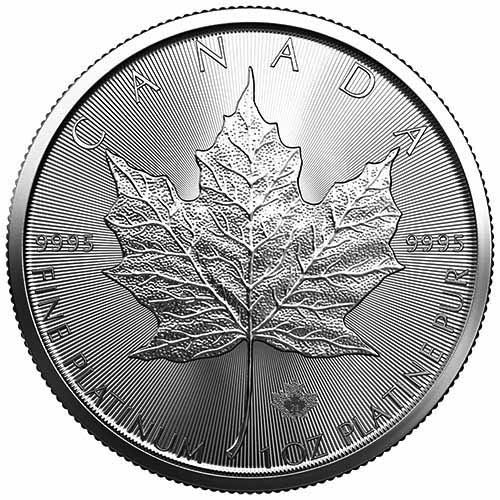 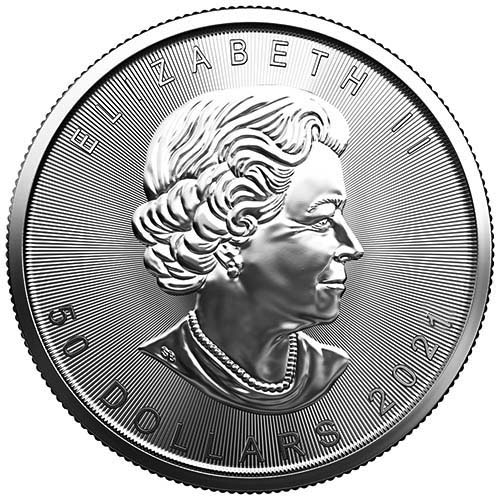 Canadian Platinum Maple Leaf coins have experienced a much different minting history than the gold or silver bullion options. The Platinum Maple Leaf debuted in 1988 at the same time as the popular Canadian Silver Maple Leaf. The Platinum Maple Leaf initially featured fractional-ounce coins that included 1/2 oz, 1/4 oz, 1/10 oz, and 1/20 oz platinum coins. In 2003, all of the coins were suspended and not reintroduced until 2009. At that time, the only coin to return was the 1 oz coin.

On the obverse side of 2021 1 oz Canadian Platinum Maple Leaf Coins is an effigy of Queen Elizabeth II. This right-profile portrait of the Queen has been in use on Canadian coins as of 2003 and was created that year by Susanna Blunt. The effigy is the fourth-generation design of the Queen and just the second from a Canadian artist.

The Royal Canadian Mint strikes the Canadian Platinum Maple Leaf and the mint was founded in 1908. The sovereign mint of Canada, the RCM operates branch facilities in Ottawa and Winnipeg.

If you have questions, JM Bullion is here to help. Please feel free to contact us on the phone at 800-276-6508, chat with us live online, or simply send us an email with your inquiries.