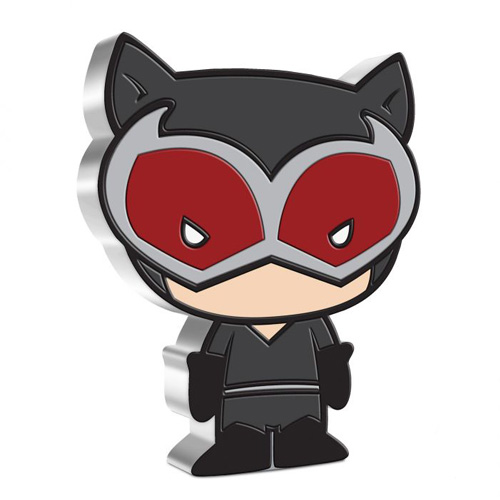 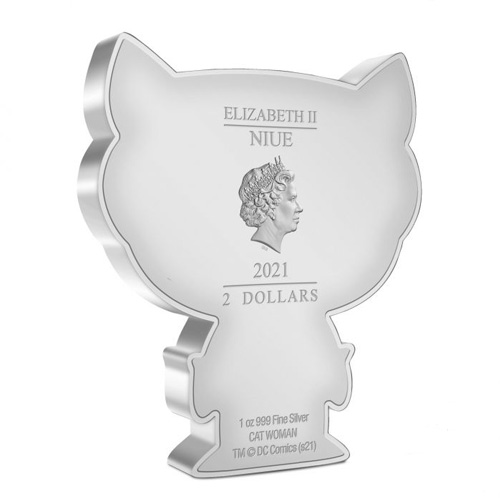 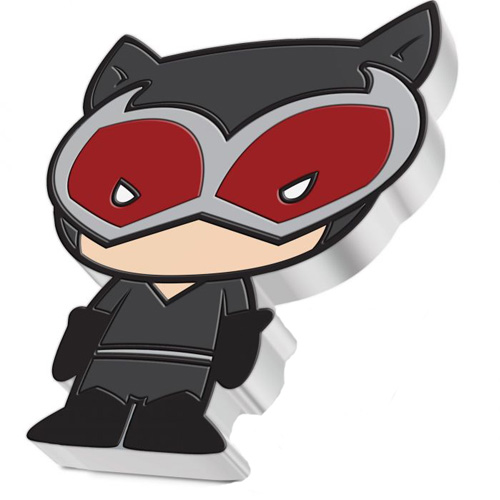 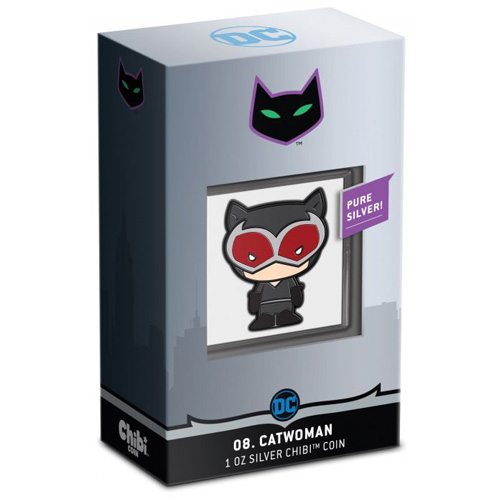 Known within civil society as Selina Kyle, Catwoman is one of the more complex characters within the Batman storyline in DC Comics. Part of the Gotham City Sirens with Poison Ivy and Harley Quinn, Catwoman is an anti-heroine who has a complex love-hate relationship with the Dark Knight. Now, 2021 1 oz Niue Silver Chibi Catwoman Shaped Coins are available to you for purchase online from JM Bullion.

Catwoman is another of DC Comics oldest characters. She was created by Bill Finger and Bob Kane in 1940 and has primarily been issued alongside Batman, or in association with Batman-themed comics. Her figure appearance came under the name the Cat with the 1940 release of Batman #1.

Initially, Catwoman was depicted as a burglar who used a bullwhip as her primary weapon and appeared as a supervillain who often created havoc for Batman to deal with, or proved as an adversary for Batman when he was trying to stop other villains. Eventually, a more complex love-hate relationship develops between the two. Though they are still on opposite sides of most situations, there is a magnetism between the two that is palpable.

On the obverse of 2021 1 oz Niue Silver Chibi Catwoman Shaped Coins is a depiction of Queen Elizabeth II. Her Majesty is shown here in a 1998 design from Ian Rank-Broadley that was developed for the Royal Mint of England. It depicts the Queen in right-profile relief wearing the Girls of Great Britain and Ireland Tiara on her head.

The reverse of the 2021 1 oz Silver Chibi Catwoman Shaped Coin features a colorized, chibi-style image of Catwoman. Capturing the classic outfit of Catwoman, this design shows her caricature in a one-piece black suit and comes with distinctive red eyes.

These 2021 1 oz Niue Silver Chibi Catwoman Shaped Coins are available to you for purchase with stunning packaging from the mint. The coin is set within a custom case that has a custom-molded center made just for the shape of this Catwoman silver coin. The case arrives with a themed shipper that includes a viewing window for easy viewing of the reverse design. The coins also come with a Certificate of Authenticity.

JM Bullion customer service is available to help you at 800-276-6508. You can also chat with us live online or simply send us an email with your inquiries.