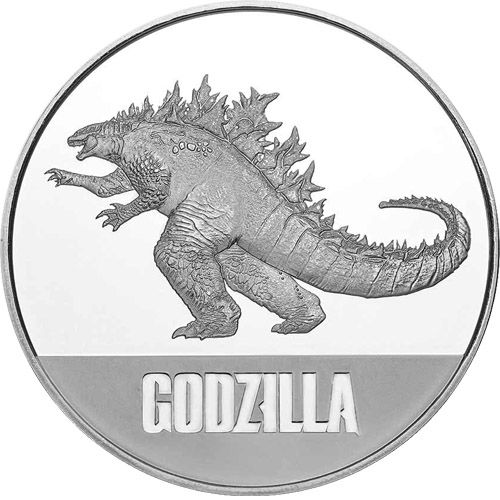 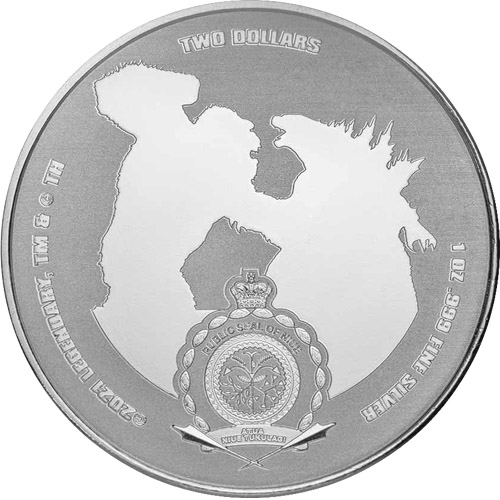 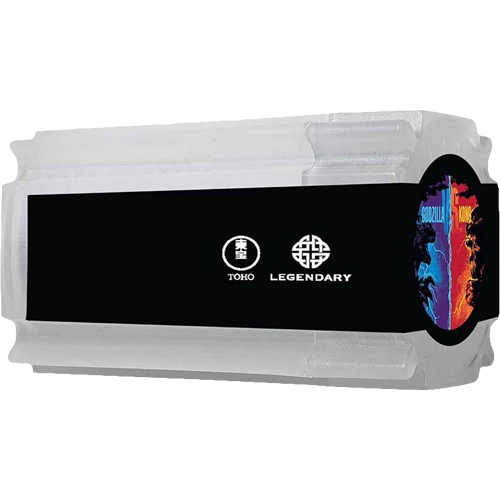 On their own, Godzilla and King Kong have appeared in numerous movies, books, and comics over the last several decades. In 2021, fans were treated to the ultimate showdown between these two iconic monsters in the film titled Godzilla vs. Kong. Now you have the opportunity to own officially licensed coins based on this hit movie in the MonsterVerse series from Legendary Pictures. Today, 2021 1 oz Niue Silver Godzilla vs Kong – Godzilla Coins are available to you online at JM Bullion.

The MonsterVerse from Legendary Pictures began in 2014 with the acclaimed reboot titled Godzilla. It was followed by two well-received sequels: Kong: Skull Island, and Godzilla: King of the Monsters. These films paved the way for what fans of the series were waiting for the whole time: the epic showdown between King Kong and Godzilla. The film did not disappoint. Reviews were overall extremely positive, and it made close to 500 million dollars at the box office, which is quite impressive considering it was released during the Covid-19 pandemic.

Each 2021 1 oz Niue Silver Godzilla vs Kong Coin in this JM Bullion online listing will arrive inside a plastic flip. Alternatively, if you order multiples of 20, they will ship in a plastic tube. These officially licensed specimens have been struck in .999 pure silver and are recognized as legal tender by Niue Island.

The obverse of 2021 Silver Godzilla vs Kong – Godzilla Coins features the Niue coat of arms. In the background, there is a stunning silhouette image of Godzilla fighting King Kong that will make you want to immediately sit down and watch the movie again. Inscriptions on the obverse read Two Dollars, 1 oz .999 Fine Silver. Also shown is the official licensing information.

On the reverse field of 2021 Niue Silver Godzilla vs Kong Coins, there is a stunning depiction of Godzilla. This detailed, textured image is inspired by the Godzilla character design from the film. In it, we see the monster on the move with his arms outstretched. Inscribed below it is the word Godzilla.

Please contact JM Bullion if you have any questions when you buy silver online. Our team is available to assist you at 800-276-6508, online using our live chat, and via our email address.