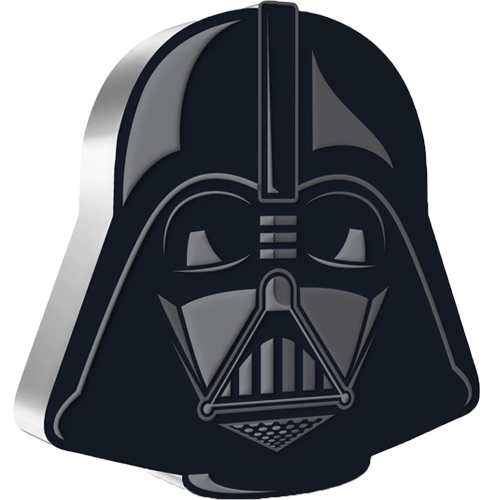 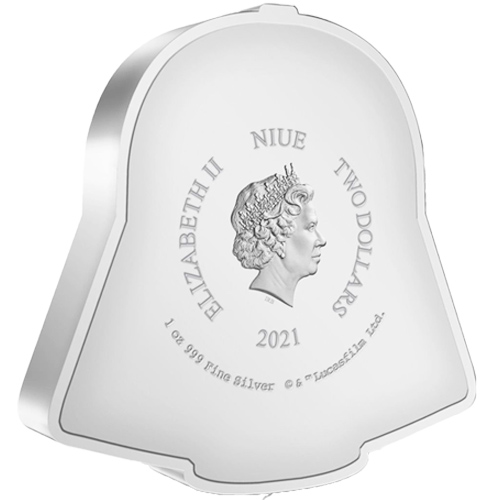 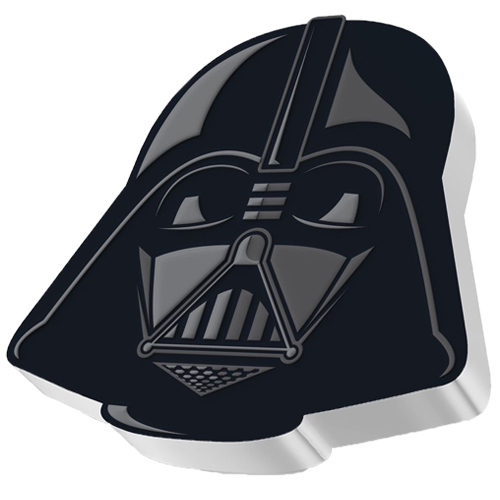 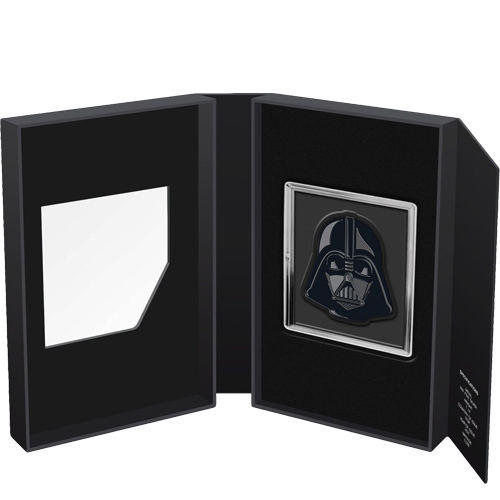 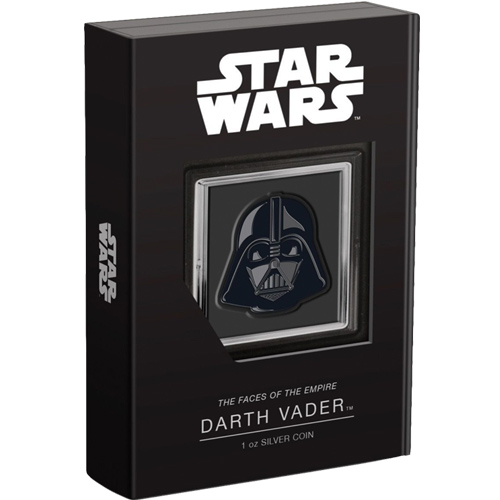 There is no force of evil within the Star Wars universe that is more fearful and prominent than Darth Vader. The father of Luke Skywalker, a student of Obi Wan Kenobi, and the grandfather of Kylo Ren, Darth Vader is a major figure in the franchise. The helmet of Darth Vader is instantly recognizable and features in the Faces of the Empire Series from the New Zealand Mint. Now, 2021 1 oz Niue Silver The Faces of the Empire Darth Vader Shaped Coins are available to you for purchase online at JM Bullion.

From the original trilogy to the sequel trilogy, Darth Vader was a prominent force in the Star Wars universe. In the original trilogy, viewers were introduced to the dark lord who carried the will of the Sith leader as the active Sith Lord within the universe. In the prequel trilogy, viewers are treated to a closer look at the origins of Darth Vader as Anakin Skywalker, a young boy tapped to be the savior of the Jedi who would instead turn against the order.

There is no face more iconic than that of Darth Vader, which is all the more impressive since you only see his face at the end of the original trilogy. His iconic black helmet is how most viewers recognize him and the New Zealand Mint has capitalized on this fact with colorized, shaped silver coins replicating his helmet.

Queen Elizabeth II is on the obverse of 2021 1 oz Niue Silver The Faces of the Empire Darth Vader Shaped Coins. This effigy of the Queen shows Her Majesty in right-profile relief in a 1998 design from Ian Rank-Broadley. This is the fourth-generation effigy of the Queen and includes the Girls of Great Britain and Ireland Tiara on her head.

These 2021 1 oz Niue Silver The Faces of the Empire Darth Vader Shaped Coins are available to you in custom cases shaped to the exact design of the coin. The coin and case arrive in a themed shipper with a viewing window that shows off the reverse design of the coin at all times. The box has a Certificate of Authenticity printed on its surface with a hologram sticker that includes the unique serial number of each coin.

JM Bullion customer service is available to assist you at 800-276-6508. We are also available to you online through our live chat and email address features.